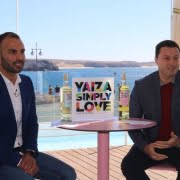 Yaiza Ayuntamiento has announced the first Yaiza Simply Love festival, a six-day event dedicated to “equality, inclusion and respect for the LGBTI community.”

The festival will take place from the 22nd to the 27th April and, although details have not yet been announced, it will include talks, workshops and various cultural events.

Bodegas Rubicón has announced that it will be issuing special limited edition bottles of wine to mark the event, and it is also hoped that the event will attract tourism. Gran Canaria’s southern coast is already established as a gay tourism hotspot, and Lanzarote also wishes to appeal to this sector.

Make friends and discover Lanzarote on a bike!
Christmas Collision