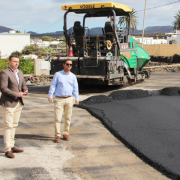 This week the Yaiza Ayuntamiento began asphalting more roads in Yaiza as they continue their plan in resurfacing roads and pavements with an investment of 1.2 million euros. 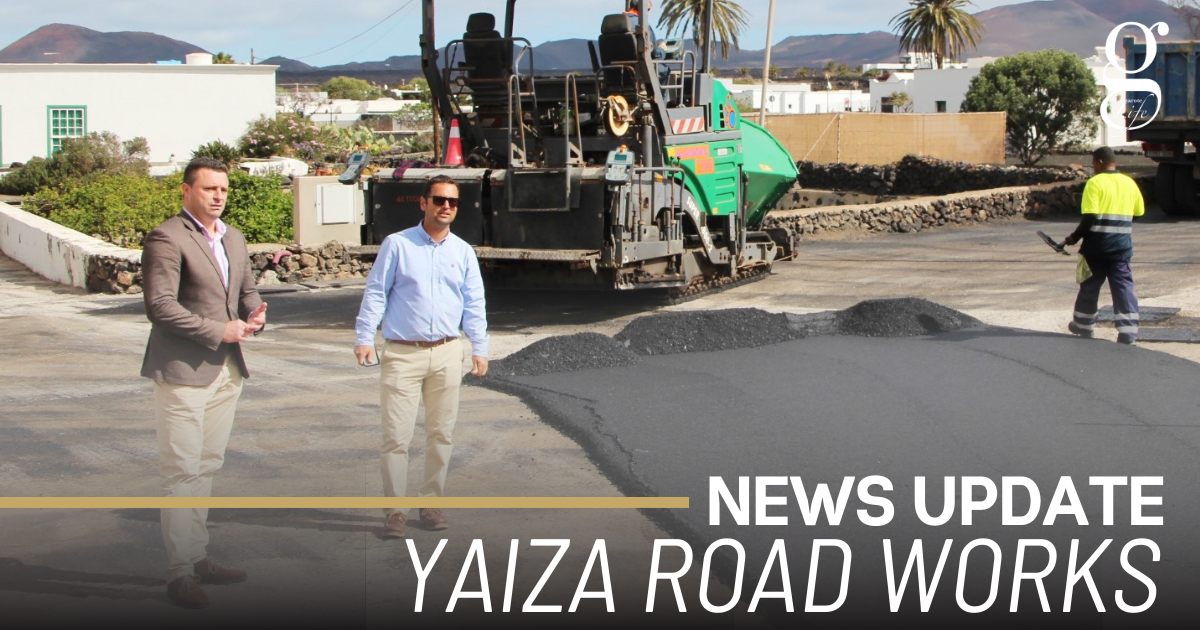 The street in question this week was Calle La Escondida, which has been fully asphalted with rain water channels installed also.

Public Works Councillor, Jonatan Lemes, stated “at the same time as the current works, we are carrying out the construction of stone walls along Calle Montaña Bermeja with asphalting to follow.”

“El Rincón will be the next focus, close to the Plaza de La Alameda de Yaiza, as well as Playa Blanca. We are ready to begin asphalting in the San Marcial del Rubicón area, where we have already lowered the pavements and installed a new playground”, he continued.