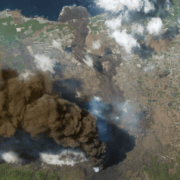 Here are answers to some questions about the eruption of the volcano on La Palma’s Cumbre Vieja, which has now been continuing for nineteen days. 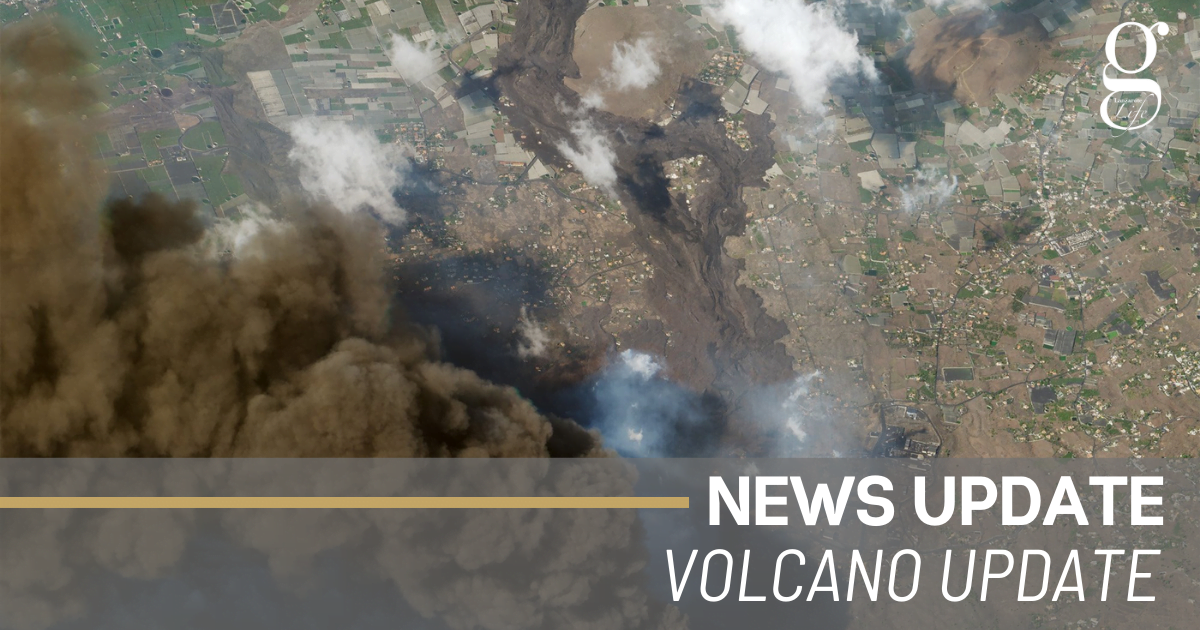 How long will the eruption last?

Nobody knows. Scientists have estimated a duration of 55 days, based on the length of previous eruptions on the Canaries, but volcanoes do not follow history books and the current eruption shows no signs of stopping soon.

After a period of stability during which the hot liquid lava was channelled straight to the sea in a tube of solidified lava, yesterday saw the emergence of a new river of lava. At midday yesterday a 4.3 magnitude earthquake – the strongest yet on the island – was registered 35 kilometres beneath the island, and last night experts said the volcano had become “more explosive.”

What is the damage?

The Canarian Government’s Volcano Emergency committee acted rapidly and cautiously, evacuating locals before the volcano erupted. As a result of this, and the nature of the eruption itself, there have been no human casualties.

Currently, around 1,000 properties have been destroyed and hundreds more damaged. 6,000 people have been evacuated from the area. The lava covers 431 hectares (1,065 acres), and the lava flow measures 1.25 kilometres at its widest point. Many crops have been wiped out and the evacuation means that many more – mainly bananas, grapes and avocados – will go to waste.

Flights have been suspended to and from La Palma until at least Saturday, and the island’s tourist industry has fallen by an estimated 80%.

What caused the eruption?

Most experts believe in the “hotspot” theory that Canarian eruptions, and the islands themselves , are caused by the movement of the African continental plate over a plume of magma in the earths mantle.

The hotspot theory is explained very well in this article from El País. However, some experts believe it does not account for the huge and relatively recent eruptions of Timanfaya on Lanzarote.

The only effect on Lanzarote so far has been the cancellation of flights to La Palma. Lanzarote itself is geologically stable, with no significant tremors.  A tsunami caused by the collapse of Cumbre Vieja would have devastating effects on all the Canary Islands, but experts believe that such an event is extremely unlikely given the nature of the current eruption.

Lanzarote could possibly experience wider cancellation of flights due to ash in the atmosphere. However, prevailing wind and weather conditions mean this is highly unlikely.

How can I help?

There has been a huge response to the plight of the La Palma islanders who have lost their homes and property to the lava. Last week, authorities announced that the basic needs of victims had been addressed, and there was no further need for donations of food or clothes. However, financial donations are still gratefully received. This Saturday, a benefit concert called Lanzarote Rocks la Palma will be held at Marco’s Bar in Los Pocillos, Puerto del Carmen, to raise funds for our island neighbours. It’ll last from 2-6pm and will be livestreamed on the Lanzarote Musicians Unite Facebook page.