Yesterday, a car collided with a lorry on the Avenida Alcalde Antonio Cabrera in San Bartolomé, resulting in one of the drivers needed medical attention. 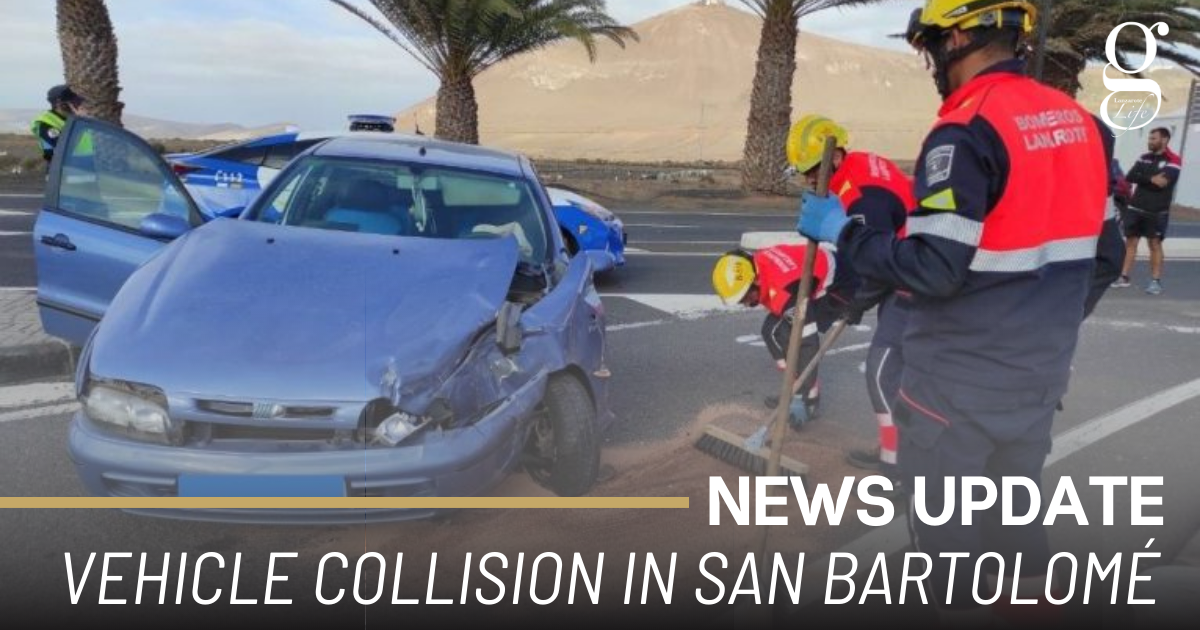 This Wednesday a collision between a car and lorry occurred on the Avenida Alcade Anonio Cabrera in San Bartolomé. The collision resulted in at least one of the drivers needing medical attention. However, the reports suggest that there were no serious injuries.

After the occupants were attended to, firefighters removed the vehicles from the road as well as any oil that had spilled from the crumpled vehicle.

What’s On in Lanzarote in November
Los Ancones complaints

Yaiza comes together for Día de Canarias
Scroll to top