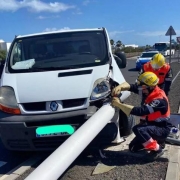 Yesterday afternoon, emergency services were called to a traffic incident in Playa Blanca where a van had hit and knocked over a lamppost. 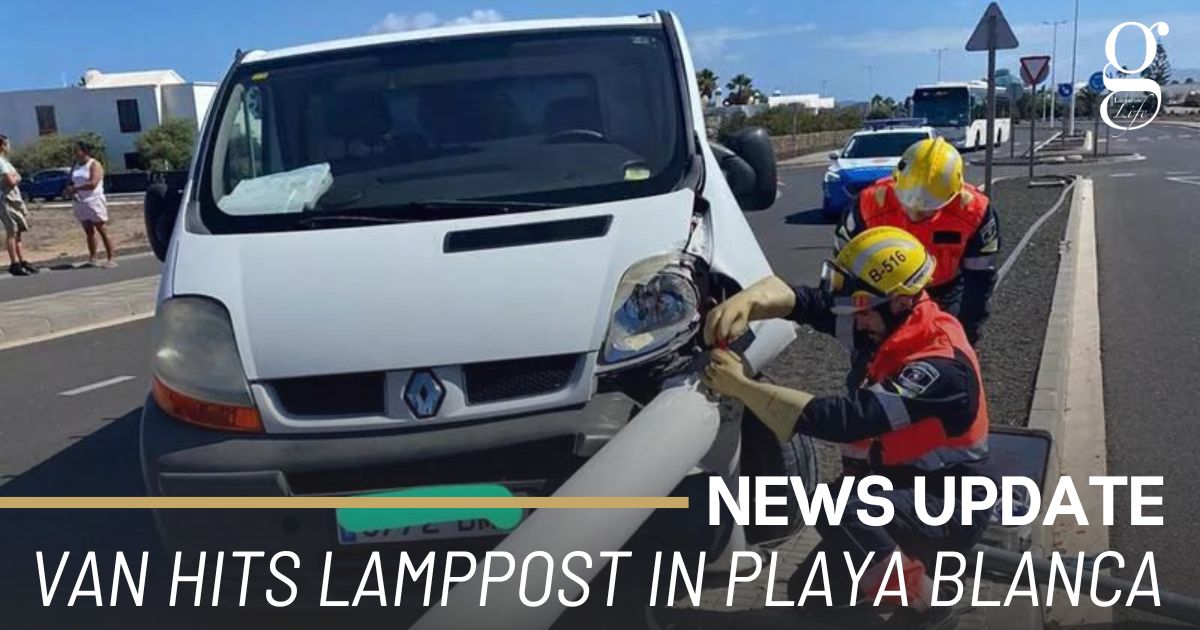 Emergency services report that yesterday afternoon, a van carrying five people had hit a lamppost in Playa Blanca. The lamppost was knocked down as the van’s headlight was smashed.

Luckily, the driver and four passengers were not injured.

Firefighters arrived to safely disconnect the fuses on the lamppost and remove it from the street.

Fire at the Recinto Ferial de Arrecife
Scroll to top