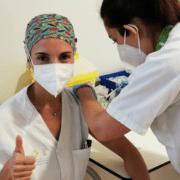 The Canarian Health Service has vaccinated almost 40,000 people in recent weeks, as the vaccination programme targets the most vulnerable members of society and health workers. 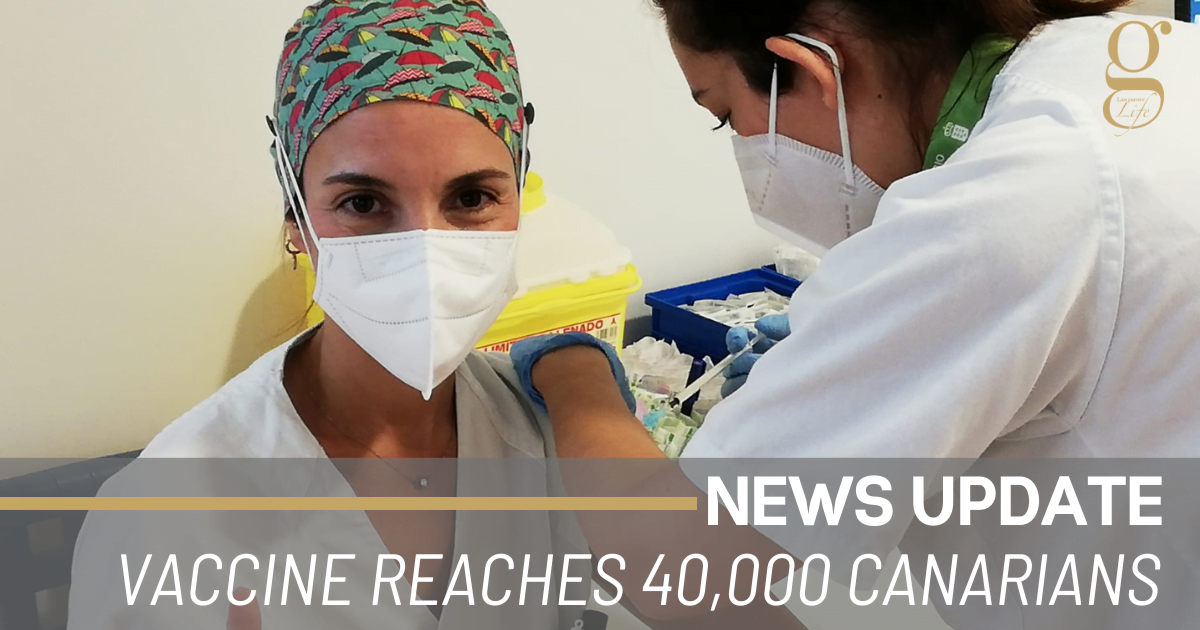 The first-round vaccinations  of Group 1, which consists of the most at-risk patients and staff in hospitals and care homes, was completed on Thursday, with 17,086 people (over 97% of those entitled to receive the vaccine) getting their first jab. Today, second doses of the vaccine will start to be administered.

22,526 health centre workers who are members of Group 2 have also been vaccinated up until now, a total of 70.39% of those eligible. Group 2 vaccinations will continue in the coming days.

One of the group 2 workers was Amos García, head of epidemiology for the Canarian Public Health Department, who has become a well-known face and voice on the island during the pandemic. García was happy to be filmed as he received the jab, and assured islanders that the vaccine was safe.

García also reminded Canarians not to let down their guard, pointing out that herd immunity would not be established until 70% of the population were vaccinated.

Almost all anti-Covid vaccinations undertaken in Spain so far have involved the Pfizer/ BioNTech double-dose vaccine, which has been distributed to all regions of Spain by central government.  On the mainland, there have been delays caused by the icy weather and snow of Storm Filomena, but the Canaries has experienced no such trouble. The Moderna vaccine arrived on Spanish soil last week and has already started to be administered.

While the Oxford/AstroZeneca vaccine has been widely distributed in the UK, it only applied for approval from the European Medicines Agency this week, and has not yet received the green light for roll-out in the EU. EU President Ursula Van Der Leyen last week welcomed the news of the application.

Spain’s target is to vaccinate 70% of the population by summer. This will require an acceleration of the current rate, but the arrival of new vaccines should help permit this to take place.

All Spanish residents registered with their local health centre will eventually be summoned for the vaccine, although the law gives anyone the right to refuse it. The anti-vaccine movement has had less influence in Spain than in other parts of the world,  and recent acceptance by the EU of “Vaccine passports”, allowing those who received the jab to avoid tests before travel, is sure to increase take-up.