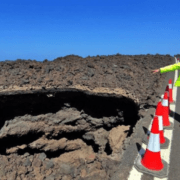 The appearance of a sinkhole near Los Hervideros and a landslide on the cliffs of Famara serve as a reminder of the constantly shifting nature of Lanzarote’s geology. 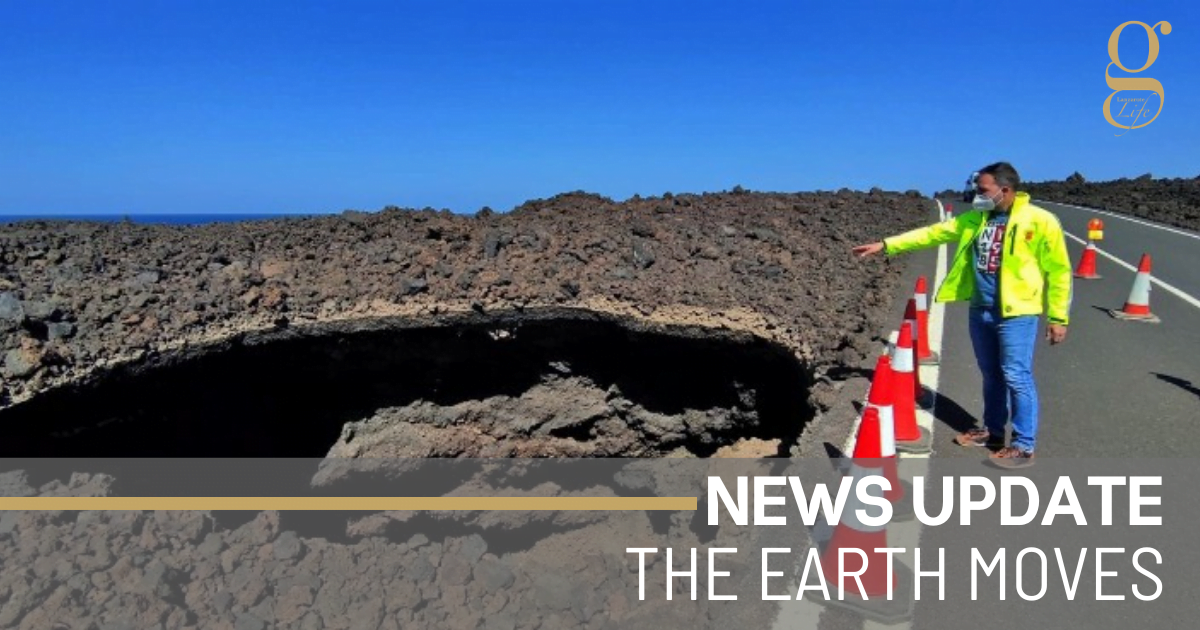 The Cabildo’s Public Works Department have closed the road leading to Los Hervideros because of the appearance of a sinkhole by the roadside. The hole, which appears to have been produced by the subsidence of the crust of a volcanic bubble, is believed to have been caused by the action of the pounding waves against the seaward side of the road.

Public Works councillor Jacob Medina said “We’re going to act as if this were an emergency, to speed up the repairs and ensure that the new road doesn’t suffer any serious new subsidence as a result of the waves which hit the rocky slopes at the roadside and which have eroded the terrain.”

Meanwhile, at 1.30 yesterday afternoon, locals in Famara were shocked by a landslide that occurred on the cliffs. Emergency services immediately attended the zone but fortunately there no casualties.

Landslides happen every now and then on the Famara cliffs and are usually caused by rain, which seeps into the rock, weighing it down and softening it.

Beaches are safe
Scroll to top