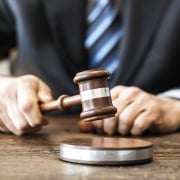 Spain will lead Europe in house price increases next year according to forecasts by international credit agency Moody’s. They predict that house prices will rise by 5.5% in 2020, a figure that places Spain ahead of Ireland and Portugal (4.5%) and Germany and the Netherlands (4%). UK house prices are set to rise by just 0.7%.

Moody’s also predict that Spain’s economy will grow by 2% in the coming year, which places the nation second in Europe after the Republic of Ireland (3.2%).

The bad news for Spain is that it will remain the European country with the second highest unemployment rate after Greece. With 13.2% unemployment, Spain’s rate of unemployed will be more than double those of Germany, the Netherlands and the UK.

Roundabout news
The Kids are Back in Town!

Stand Against Hunting
Scroll to top