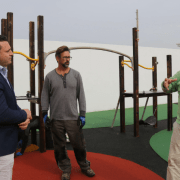 The Yaiza Ayuntamiento are as busy as ever, continuing their public works repairing and resurfacing roads as well as installing new playgrounds in the municipality. 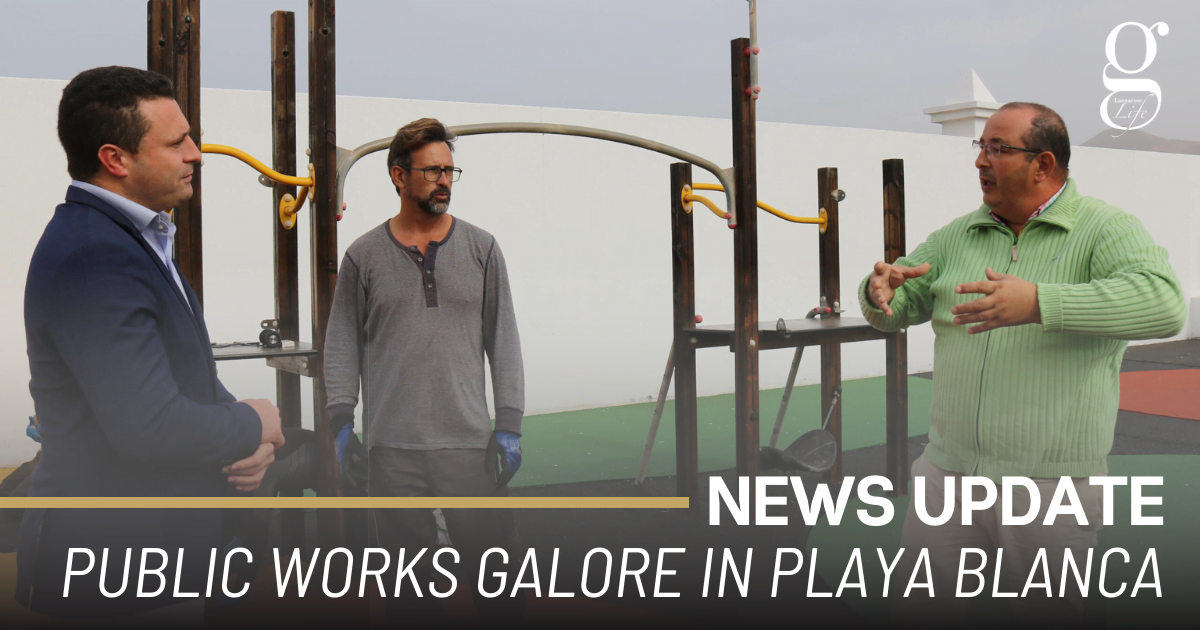 The Yaiza Ayuntamiento are getting to work on resurfacing new roads, renovating current playgrounds and installing new ones in the municipality.

Mayor of Yaiza Óscar Noda and Councilor for Parks and Gardens, Rubén Arca, confirmed this week that they would be starting renovation works on two playgrounds in Playa Blanca.

There are two existing playgrounds that will be renovated (the one in the centre of town and the one next to the Marcastell urbanisation), in addition there will be a new park built in the San Marcial del Rubicón area.

The digital render of the pirate ship playground:

The Ayuntamiento have began works on the main playground starting with removing picon to be replaced with shock absorbing material, they’ll be repairing the ship as well as adding new games also.

The digital render of the new playground: