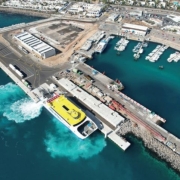 The sunny southern town of Playa Blanca has undergone some major construction projects in the past couple of years, from new sports facilities to the huge task of extending the town port. Puertos Canarios announced that the port will be operational in time for the summer. 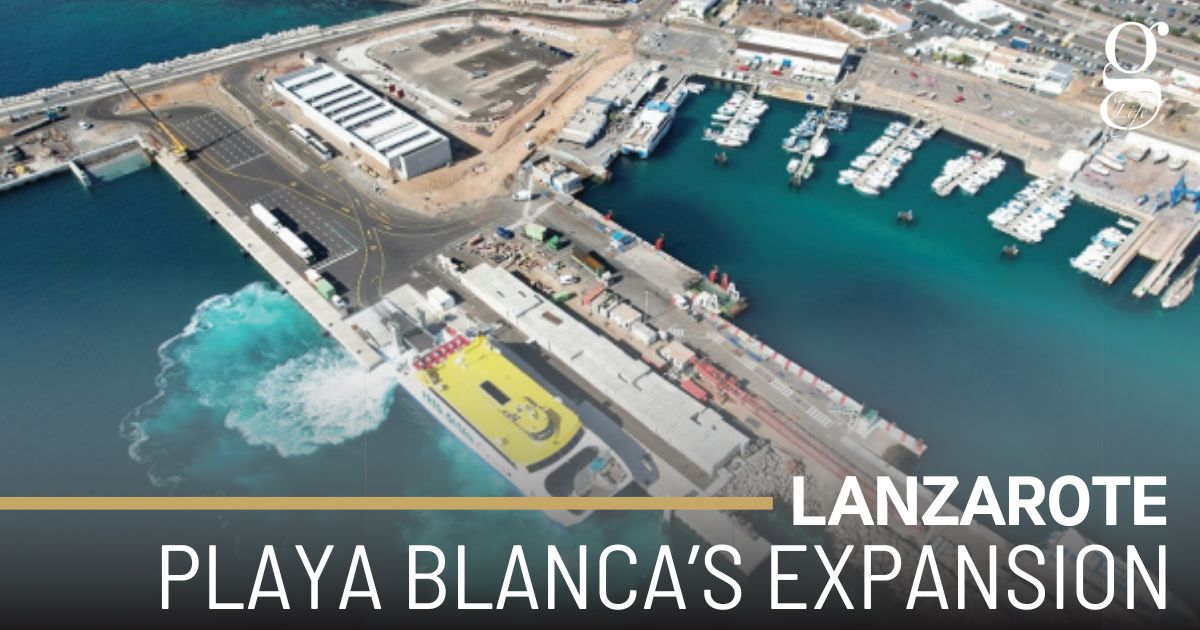 The monumental task of planning and constructing the extension has been no easy feat and completion dates have been pushed back due to the scale of the works.

Playa Blanca’s port extension was brought forward as a way to boost Yaiza’s economy and open the door for “economic diversification” according to the Mayor of Yaiza, Óscar Noda, in January of this year.

In January, Noda explained that the extension improves the resorts’ commercial and tourist appeal, providing Playa Blanca with a “first-rate port infrastructure”. The extension will also allow for larger ships to arrive at the port, however, Noda added that they do not intend to compete with Arrecife for cruise tourism.

In addition to its main purpose of allowing larger ships, the new port will have two carparks with enough space to accommodate 275 vehicles as well as 155 spots for boats within its expanded dock.

Make friends and discover Lanzarote on a bike!
Strapped in tight