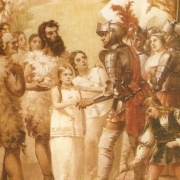 Members of the Coalición Canaria, Podemos and Nueva Canarias parties have protested against the continued display of two historical paintings in the Canarian Parliament building in Santa Cruz de Tenerife. They propose that the paintings remain covered during parliamentary sessions. 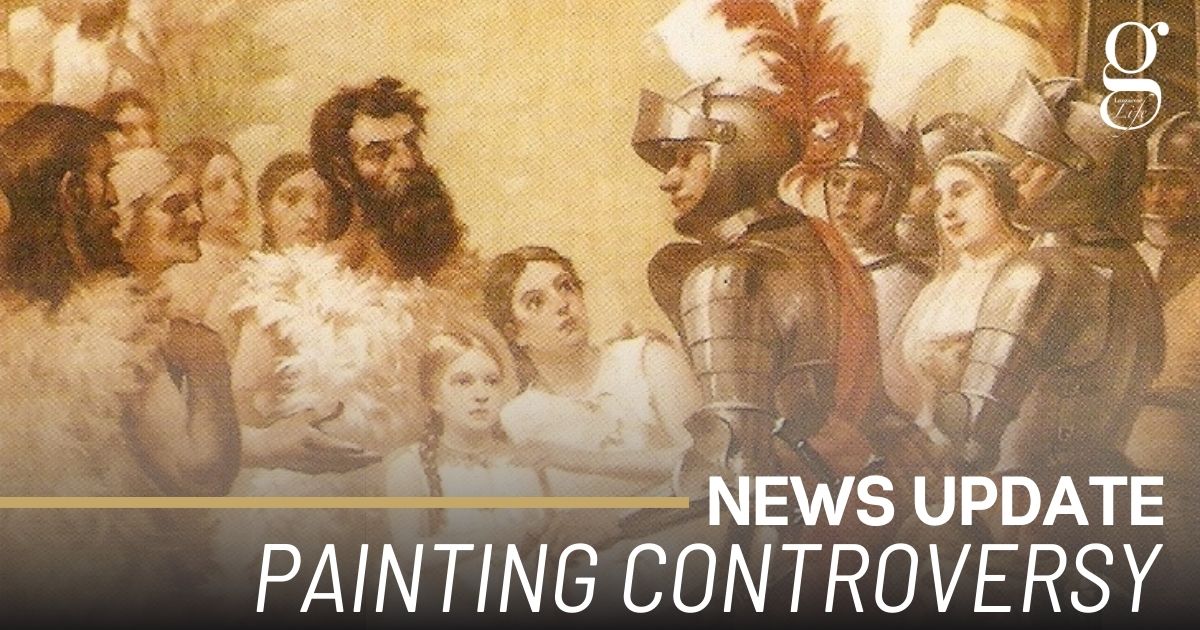 The two paintings, by Manuel González Méndez, were completed in the early 20th century and depict episodes from the conquest of the islands in the 15th century.

The Delivery of the Princesses or Surrender of Gran Canaria shows the Guanche chief Guanarteme handing two of his daughters, one of whom is 12-year-old Arminda Masequera, to an armoured Spanish conqueror. In the foreground a young boy holds a dog on a leash, perhaps symbolising the taming of Gran Canaria.

The second painting, The Foundation of Santa Cruz, depicts a conquistador bearing a cross after a victory over the Guanches,while Franciscan monks kneel in worship.

Critics claim that the paintings reflect an idealised, mythical version of Canarian history in which conquistadores and Christian missionaries were a civilising influence to whom natives willingly surrendered. They argue that the conquest was an often brutal affair, described by some historians as the first modern genocide.

According to Podemos spokesman Francisco Deniz, the paintings show “The delivery of two girls, to be raped and forcibly married,” and also celebrate conquistadores such as Pedro de Vera, “who was sanctioned by the Spanish Crown and the Vatican for his bloody acts and slaving activities.”

Mario Cabrera of CC said “It’s offensive that, in our democracy, and while we discuss and defend the rights of women, to have a painting such as this on display.”

For the love of food
Temperatures set to rise

Tías youngsters learn how to make gofio
Scroll to top