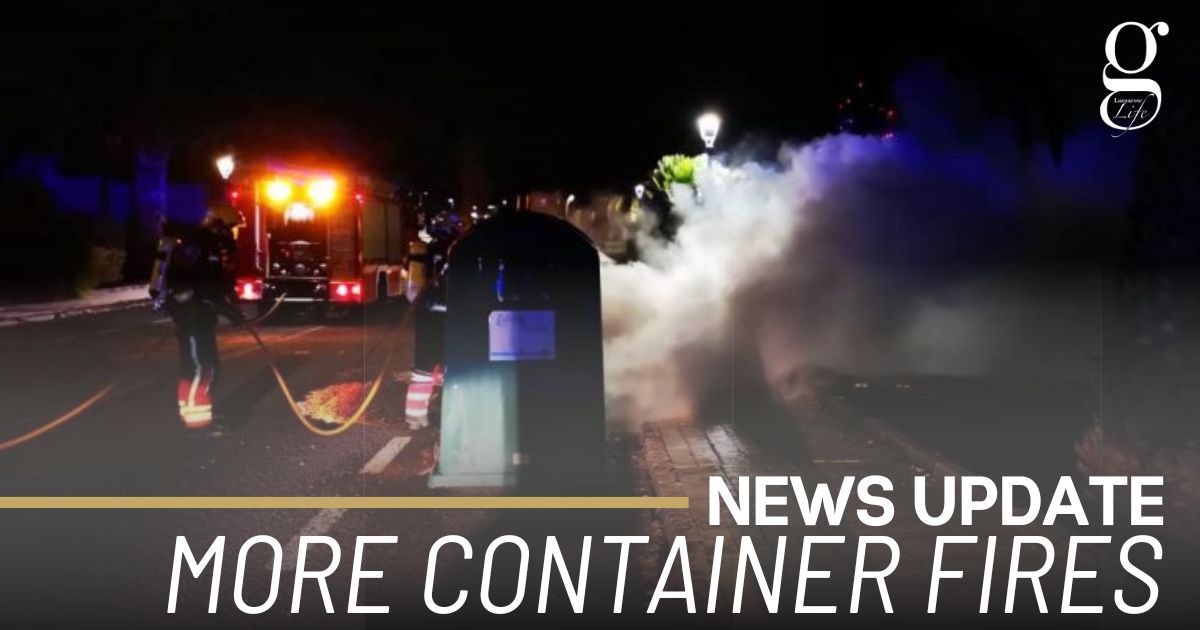 Firemen received a call at 22.20 and discovered fires had been caused at two groups of containers. Two paper recycling containers, one plastic container and one glass container were damaged, and a palm tree was also set fire to.

In July, island authorities met to tackle the problems of firestarting, which has damaged hundreds of containers and vehicles this year. However, they did not anno0unce the measures they would be taking “in order to maintain their effectiveness.”

The head of Lanzarote’s Emergency Consortium, Enrique Espinosa, has called for more cameras to tackle a problem that accounts for one in every four of firemen’s call-outs. Playa Honda has installed more cameras, while Arrecife has not yet done so.

Traditions in Teguise
Scroll to top