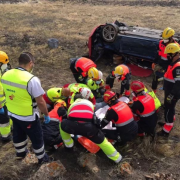 Yesterday firefighters were alerted to a collision between two vehicles in Conil, which resulted in one of the cars overturning and landing upside-down. 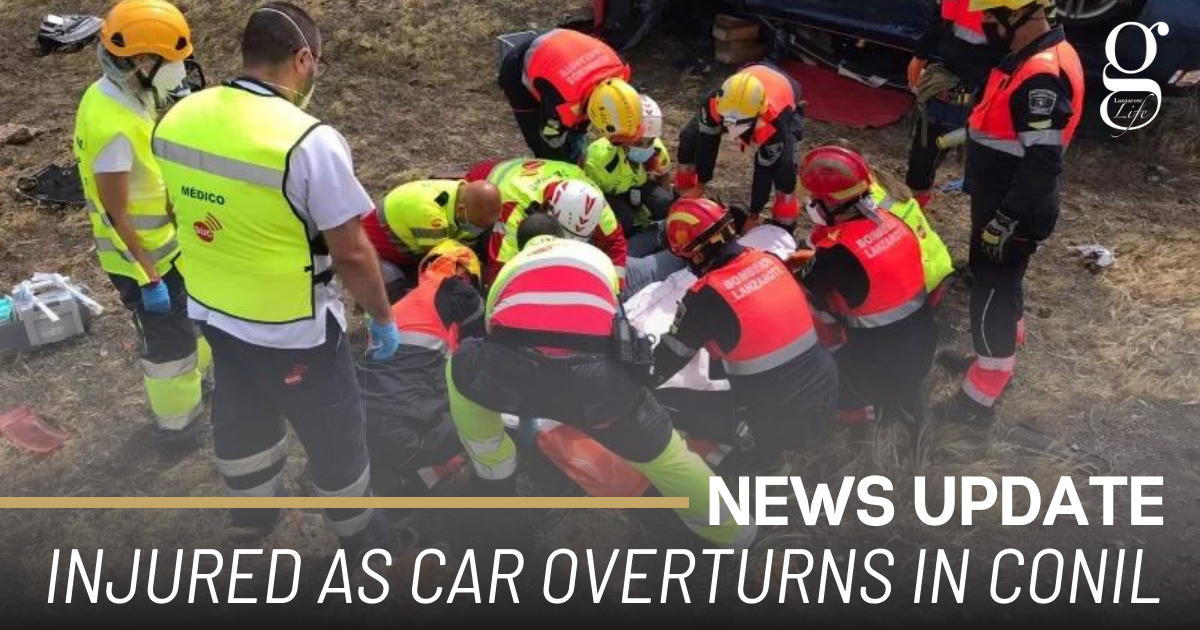 At around 11:00am on Friday, firefighters, local police, and ambulance services were alerted to a collision which has just taken place between two vehicles in Conil, resulting in one of the vehicles completely rolling onto its roof – which left the driver trapped.

Multiple response units arrived at the scene which included up to three fire engines ready to remove parts of the car to rescue the trapped driver.

At the time of writing, and according to the current police report, the crash wasn’t fatal. However, the driver of the overturned vehicle – a middle aged man – has suffered a moderate head injury and is currently receiving treatment at the Doctor José Molina Orosa Hospital.