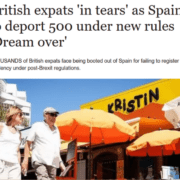 As the 90-day deadline approaches for non-resident British citizens in Spain, an article that has been widely shared on social media has made suspicious and unsubstantiated claims about the intentions of the Spanish authorities. 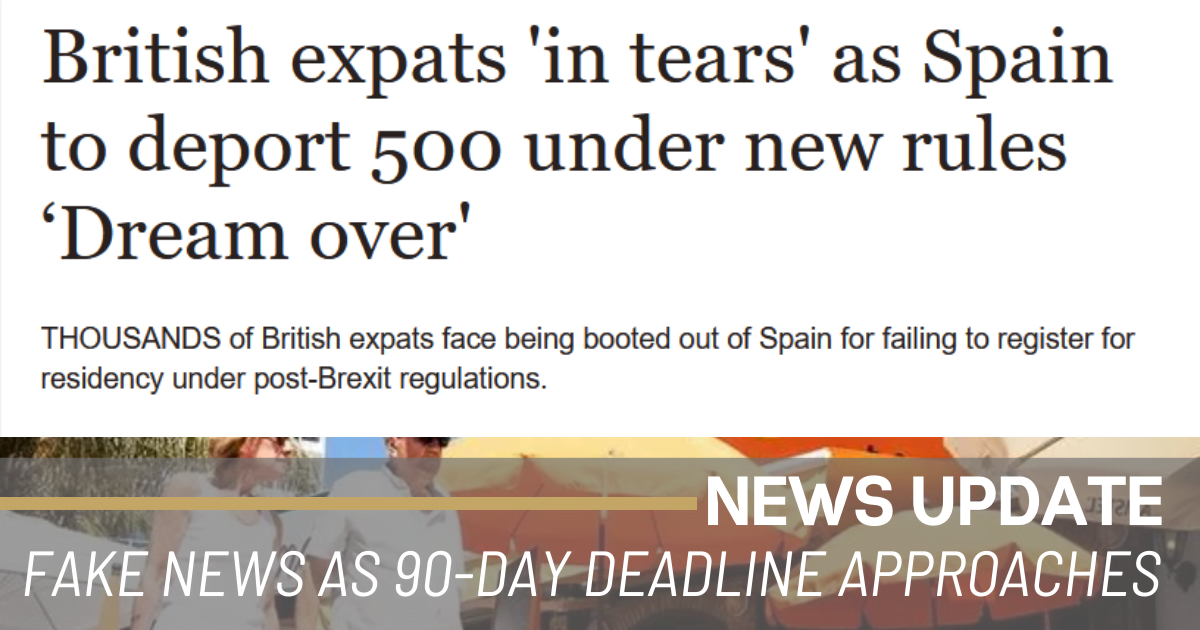 The article, published on the Global24/7News site, claims that “Spain’s police force and authorities are expecting to deport 500 UK citizens within the first week, with targets already earmarked to be picked up and deported home, knowingly to the authorities not having the correct paperwork to remain.”

However, no source is given for this claim, and there are no reports online claiming that the Spanish authorities have any special plans to deport British citizens .

The article has been widely shared on social media, with Jeremy Vine as one of the high-profile Twitter users who reposted it. It also formed the basis of a separate piece in the Daily Express.

On Reddit, a link to the Express article drew 6,400 comments and a moderator on the site has stated that, although they do not ban news sources, “users often report submissions from this site and ask us to ban it for sensationalized articles.” A quick glance at the Global24/7News website confirms that it appears to be every bit as sensational as the Express, if not more so,

The rest of the article also raises suspicions. One of the interviewees, “expat Shaun Cromber”, does not appear anywhere on the internet and does not have a Facebook page. There are two or three completely unattributed quotes, and the article is also factually wrong in places, saying that “Brits this weekend across Spain, leave the country for at least 180 days” (those whose 90 days are up must leave the country for another 90 before their next 180-day stint begins.)

The article is accompanied by a four-year-old photo of a Union Jack-festooned bar on the Costa del Sol, which has been used several times in the media to illustrate articles about expats in Spain. (Few of these articles ever mention that the bar is run by Glasgow Rangers supporters, who have a rather special cultural relationship with the Union flag.)

The facts are that, for non-resident British citizens who have been here since the start of the year, March 31st marks the 90-day deadline for when they should leave the Schengen area. Staying on could be subject to fines and even deportation orders, but there is absolutely no indication yet that this is likely to occur, or that the Spanish authorities have any plans to crack down on overstaying Brits.

Even before Brexit, British and other EU nationals were legally required to leave Spain or apply for residency after a period of 90 days. However, this rule was almost never enforced. Whether Spanish authorities will now be tougher on British citizens whose newly-introduced passport stamps have expired remains to be seen.