Canarians are now free to leave their homes at any time of day, after the Canarian Supreme Court yesterday issued a sharp reminder to the Canarian Government that its earlier ruling, declaring the curfew illegal, was current law. 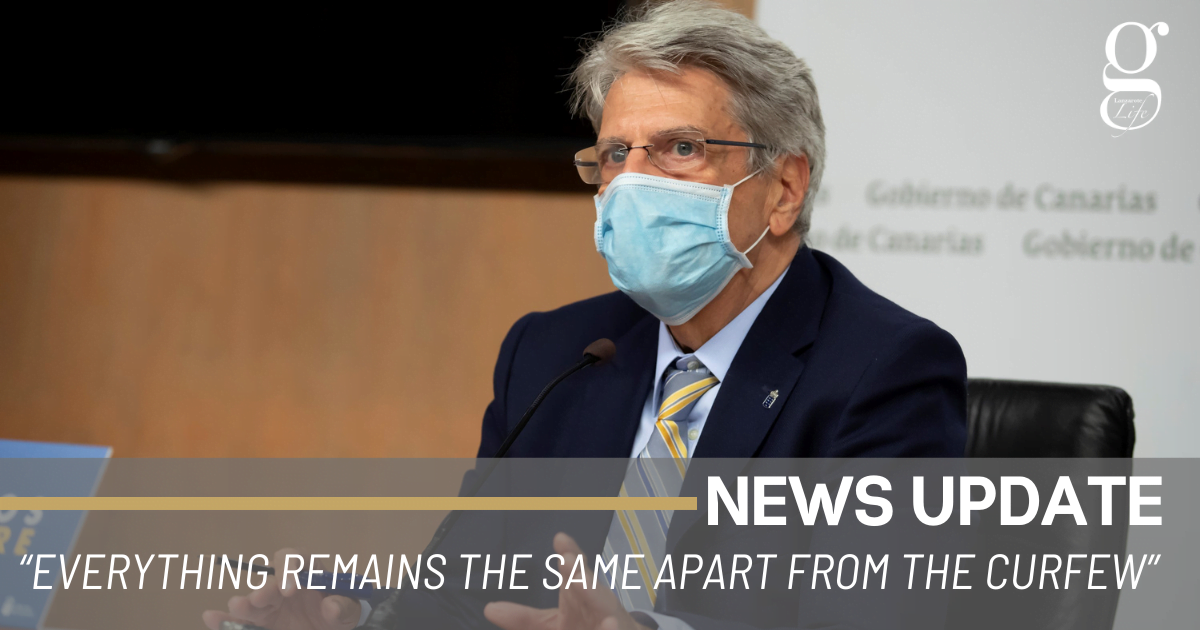 Yesterday, the Canarian Government climbed down, with spokesman Julio Pérez announcing “From tonight, there are no restrictions on movement in the Canaries.” Pérez reminded islanders that all the other measures currently in force, including opening hours for barsd and restaurants and limits on the amount of people who can gather, remain in  force. “Everything remains the same apart from the curfew,” said Pérez.

Pérez also confirmed that the Canarian Government would appeal the Canarian court’s decision in the Spanish Supreme Court, a judgment which is likely to be made in the next week.

This is not the first time the Canarian Government has issued misleading legal advice. Last year, it issued a law permitting foreign travellers to enter the Canaries with proof of a negative antigen test, rather than the PCR test demanded by Spanish national law. For several days, the Canarian Government insisted its law was valid, even changing the advice on its official tourist information website to reflect this. However, after several days the national government overruled the Canaries on this matter.

Arrecife’s Mayor, Astrid Pérez, yesterday supported the Canarian Supreme Court’s decision, saying “You can’t keep two million Canarians behind closed doors because a few of them don’t follow the rules,” and criticising the Canarian Government’s decision to appeal the decision. Pérez’s views reflect those of her PP party colleagues in the Canaries and may be a result of Isabel Díaz Ayuso’s success in the recent Madrid elections, which were won on a slogan of “Liberty”.

The curfew measures were originally introduced to ensure that people returned home after leaving bars and restaurants, instead of meeting up in private homes.  Gatherings in private homes are one of the major source of infections and it is virtually impossible for the authorities to police these events.

Cats & the law
Scroll to top