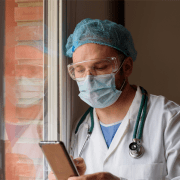 The Canaries has been chosen as the testing ground for a COVID 19 tracking app that will trace and warn anyone who has been in contact with individuals who have tested positive for the virus.

The Canarian government said “This new mobile app, which has already had good results and public acceptance in countries such as Korea, will warn people if they have been in contact with a positive case of COVID 19 and will help health professionals to take appropriate isolation and diagnostic measures, helping to reduce the impact of the pandemic.

The app will work on a European level, and  the Canaries has been chosen by the Spanish government because it is “a globally recognized tourist destination”.

The regional government hope that the app will help to make the islands “a safe destination, allowing the movements of the virus to be controlled and allowing us to ease restrictions on foreign mobility as the epidemiological and control data indicate”.

Both the national and regional governments claim that the app “will respect the identity and privacy of subjects who are tracked” and comply with personal data protection laws.

A fifth two-week extension to the State of Alarm was approved yesterday in Spain’s Congress. Pedro Sánchez managed to win the vote by the narrowest of margins, 177 votes, just one more than was required.

Sanchez had originally hoped for a four-week extension, but was forced to abandon this plan to gain the support of the Ciudadanos party. Consequently, the extension will begin on Monday and expire on 7th June, and Sánchez will have to seek a further extension.

Whether he will succeed in doing so is debatable. His pact with Ciudadanos could cost him the support of nationalist Basque and Catalan parties whose votes he relies on to remain in power, and the opposition are now talking openly of a no-confidence vote, which could lead to yet another general election.

Pledge to the Canaries

During yesterday’s debate in congress, Sánchez also pledged to reactivate the Canarian economy, employment and tourist numbers, and said that he would provide “guarantees for European tourist demand”.

The undertakings were made in response to a question by Coalicion Canaria deputy Ana Oramas, who voted in favour of the extension. However, Sánchez warned that in order to offer this support the Canaries it would be necessary to extend the State of Alarm “until it’s possible to pass to the new normality.”