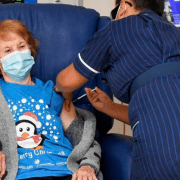 90-year -old Margaret Keenan became the first person in the world to be vaccinated against Covid-19 at 6.45 am this morning, as the NHS launches its vaccination programme. 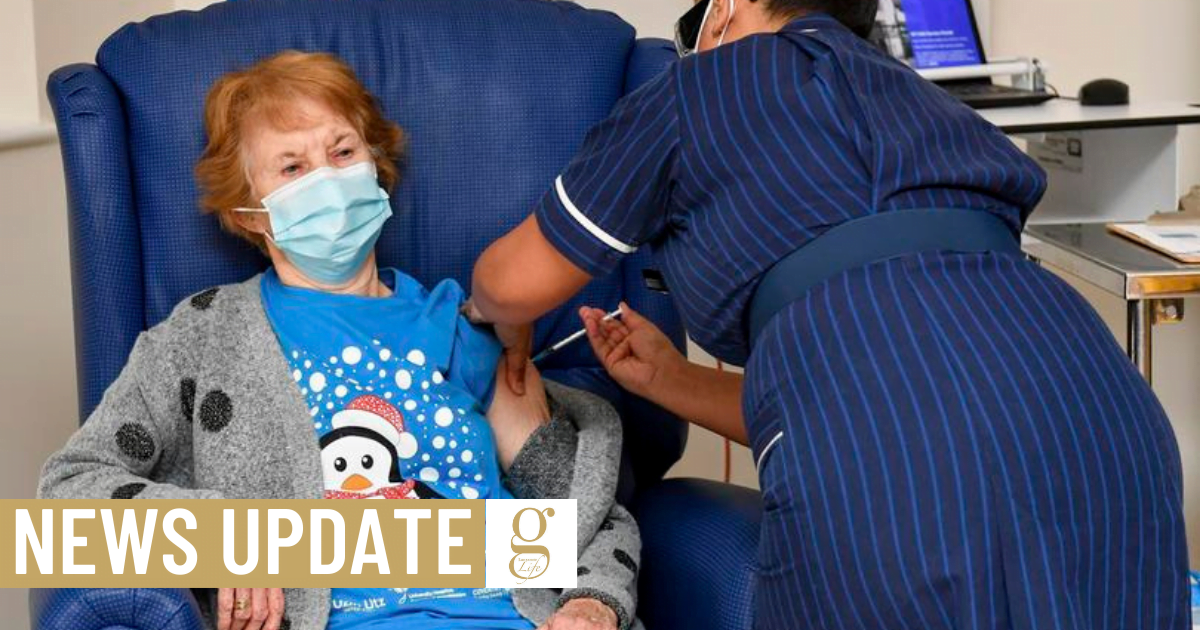 Keenan said “I feel so privileged to be the first person vaccinated against Covid-19, it’s the best early birthday present I could wish for because it means I can finally look forward to spending time with my family and friends in the New Year after being on my own for most of the year.”

Following recent emergency authorisation, the UK became the first country to commence a vaccination programme. The list of priority recipients is headed by residents and carers in care homes for the elderly, followed by frontline workers and those over 80 years of age.

The early British rollout means that the first Spaniards who will receive the vaccine are care-home workers from La Linea de la Concepción, who cross the border every day to work in Gibraltar. The British territory plans to start administering 35,000 doses of the vaccine later this week.

Meanwhile, Spain is one of the 27 EU member states that will wait for the European Medical Agency to authorise the Pfizer/ BioNTech vaccine for use. The EU agency expects to make an announcement by December 29th – almost a year to the day since “a pneumonia outbreak of unknown cause” was announced in Wuhan, China.

In the Canaries, President Ángel Victor Torres recently announced that the vaccination programme on the islands would begin in January, with the aim of reaching 70% of the population by the end of the year.

Nevertheless, politicians have been careful to temper optimism about the arrival of the vaccine with warnings about the risks it still poses, especially with Christmas coming. 759 people died of coronavirus in Spain over the last 7-day period, while that figure was 2,986 in the UK.