Almost a quarter of Lanzarote residents were born outside Spain, recent figures from the Canarian Institute of Statistics show, and the largest foreign-born population on the island remains those from the United Kingdom. 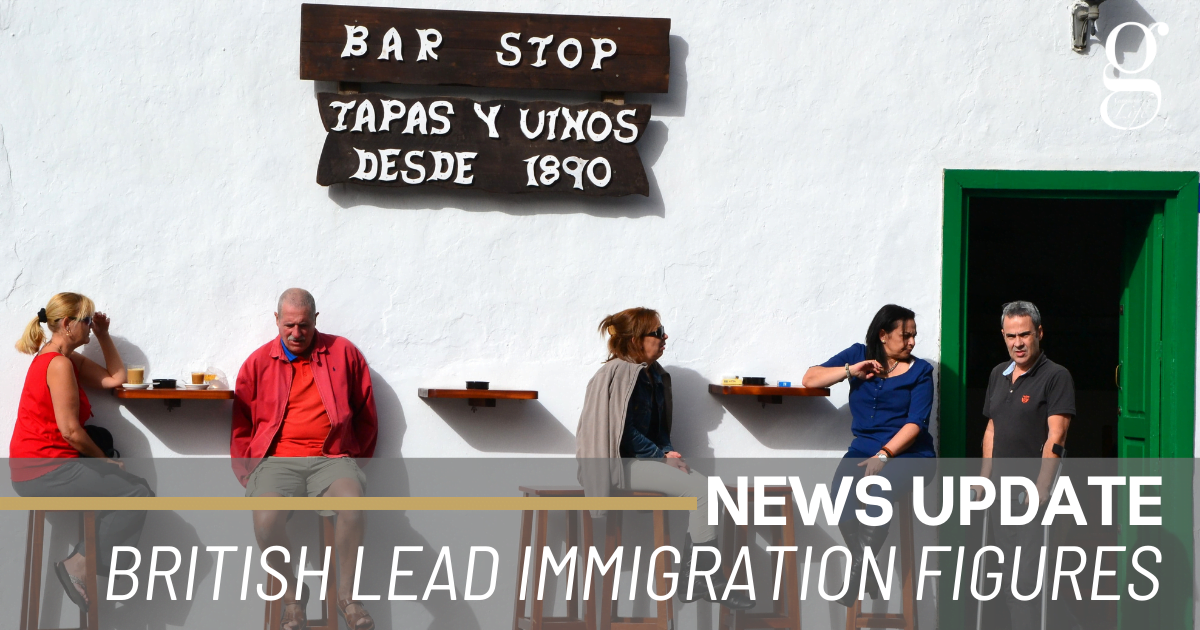 At the end of 2020, 23.59% of islanders – a total of 36,750 people –  were not born in Spain, and the statistics  figure show an increase in the foreign population in every municipality of the island.

The largest immigrant community on the island are the British, with over 6,500 residents officially registered on the island. This figure is almost certainly higher than in previous years because of the requirement to register as a resident before the Brexit cut off date at the start of this year.

Among European migrants, Italians have dislodged Germans as the second-highest foreign community, with 4,200 on the island. The Italian influx has been one of the most notable population increases in recent years, with older Italians choosing to retire on the islands while younger ones seek a more promising economic situation and an active, open air lifestyle.

There are 2,200 Germans resident on the island and Romanians are the fourth-highest European population , with 1,250.

Of non-European foreigners, those from Latin America constitute the largest block, with 9,150 residents. Almost half of these are Colombians, while other countries such as Venezuela, Argentina, Cuba, Ecuador and the Dominican Republic are also represented.

5,750 residents are African, with Moroccans accounting for 4,450, although there are significant communities from Senegal, Western Sahara, Mauritania and Guinea-Bissau. 2,900 Asians make up the figures, over half of whom are Chinese and 800 Indian. The continent of Australasia only accounts for eight residents – all of them Australian.

Tías, with its long-established British community, is the municipality with the highest amount of foreigners on the island. 12,500 (almost 40%) of Tías residents were born overseas . Meanwhile,  Tinajo has the lowest foreign population, with 900 residents – or 14%

Round about Haría
Scroll to top