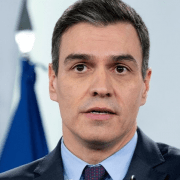 “Will I be able to go for a run?”, “When will my children be allowed to go out to play?” , “When can I buy some new clothes?”  Questions such as these are on everyone’s lips as the third extension of the lockdown approaches, but answers will not be clear until the weekend.

When deciding the lockdown conditions that will apply from April 27th to May 9th, the Spanish government faces the task of  balancing public health considerations with increasing pressure to relax the laws. How it will resolve that conflict is still far from clear,

Statements by Spanish premier Pedro Sánchez and other government ministers have stressed caution. “It will be a slow, gradual change to a new normality,” Sánchez said.  In fact, the only change that the government has pledged is that children will be able to “go for walks” at some point soon.

The Canarian Government yesterday presented proposals that include allowing different groups of people outside at different times of day. The Canarian government’s emergency advisory committee has suggested different staggered “time zones” during the day, when athletes, children and older people would be permitted to leave the house without causing crowds or mixing with each other.

Other Canarian proposals include opening up smaller businesses such as hairdressers and clothes shops, and allowing islands that have registered no new coronavirus cases for weeks, such as El Hierro and La Gomera, even more freedom. Antonio Olivera, the Canarian health service director who sits on the committee, announced these proposals yesterday, saying “ We don’t know how the Spanish government will do this. It could change the law establishing the state of alarm, or it could amend it to delegate powers to the regions.”

It’s the latter option that Fernando Simón, of Spain’s Emergency Co-ordination Committee, seemed to support recently when he mentioned “ giving the communities the resources” to deal with their health situation.

Within the Spanish government itself, Pablo Iglesias, of the Socialists’ coalition partners Unidas Podemos, has presented  a draft proposal that would allow adults to accompany up to three children on walks up to one kilometre from their homes at any time between 8 am and 10 pm. Iglesias heads the government’s Children and Family department, and his proposals will have to pass the scrutiny of the highly cautious health department before they are adopted.

All over Spain, authorities and associations involved in politics, business, tourism, industry, social issues and many other areas are presenting proposals to exit the lockdown. However, the priority of Spain’s government remains to control the coronavirus, and those expecting a sudden burst of freedom are likely to be disappointed when the government publishes its new Royal decree this weekend.

Lanzarote registered its fourth COVID-19 death last night when a 69-year old local man died in the Dr José Molina Orosa Hospital. Its the first COVID-19 death on the island since the 27th March.

* Figures were released before last night’s death on Lanzarote. *

Make friends and discover Lanzarote on a bike!
Heat & Dust