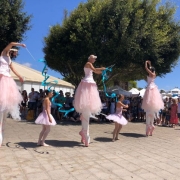 Last Sunday, visitors to the Teguise Market were pleasantly surprised by the arrival of five ballerinas who performed a show in the centre. 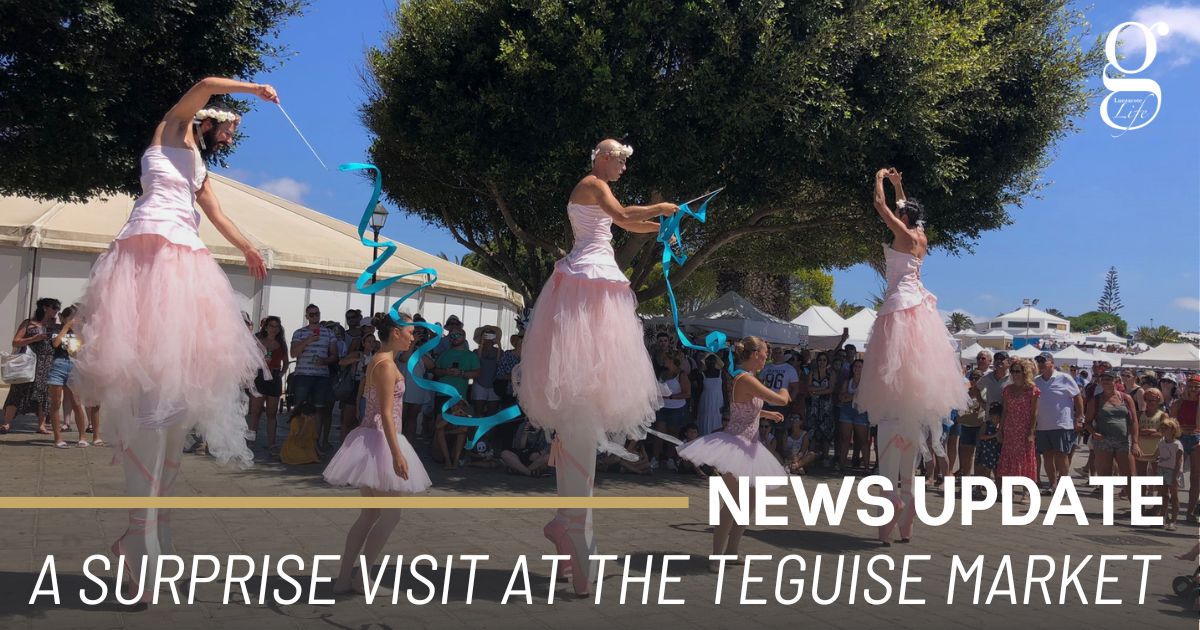 Teguise Market visitors were surprised last Sunday when five ballerinas took to the centre and performed “El paso de los cines” the passing of the swans. The company, Reciclown Teatro, received high praise from the thousands of onlookers, as three ballerinas on stilts and two young ballerinas performed in the centre of the market.

The Teguise Ayuntamiento’s Culture Councillor, Nori Machín, and Eugenio Robayna, the Public Works Councillor, thanked “the response to this event and all the others that Teguise has organised to revitalise its emblematic historic centre, which has a unique commercial and gastronomic network.”.

Airport updates
Bintazos are back