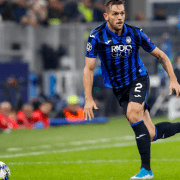 Spain is one of the countries that has been worst hit by coronavirus, and the reasons could be various.

First there are social factors. Spain is a highly social country, where touching and physical proximity are normal. It’s also a country where generations often live together, and whose tight-knit family structures could have contributed to the spread of the virus. It is also an ageing country, with a large proportion of vulnerable older people.

Then there are political elements. While the Spanish health service is widely praised for its emergency care, few deny that it has been seriously affected by the cutbacks caused by the 2008 financial crisis. The coronavirus appears to have highlighted the shortcomings of the service in several parts of the country.

There have also been accusations that the Spanish lockdown was announced too late, and that the government’s decision to allow sporting events, political rallies, carnival parades and other mass gatherings to take place in the weeks leading up to the lockdown was irresponsible considering the progress of the virus. For example, 2,500 FC Valencia fans who attended their team’s Champion’s League fixture against Bergamo in Italy on 19th February are widely believed to have brought the virus to Valencia, one of Spain’s hardest-hit regions.

Finally, there’s just plain old bad luck. Spain has experienced a warm, mild early spring, meaning that millions of people have been out and about doing what Spaniards do. Colder weather and less friendly conditions could have prevented the spread of the virus.

The Heart of the Matter
Scroll to top