The Yaiza Ayuntamiento have announced that on Saturday, August 20th, they will be hosting the Kopa Canarias de Pesca en Kayak competition. 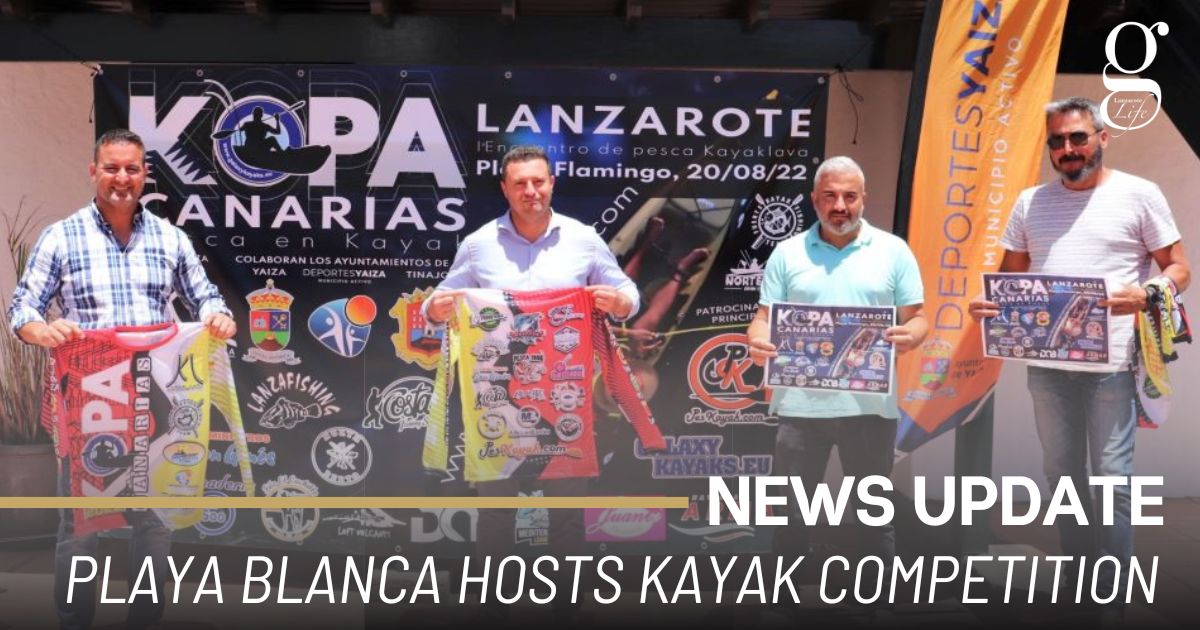 The Yaiza Ayuntamiento reinforces its name as the sporting municipality on Lanzarote, bringing another sporting event to the sunny southern town of Playa Blanca next Saturday, August 20th.

The Kopa Canarias de Pesca en Kayak comes to Playa Flamingo and will see more than 70 athletes arrive to compete in the competition.

Mayor of Yaiza, Óscar Noda, stated that “the consistent celebration of events confirms the municipal commitment to sport and the confidence of clubs and federations in this Administration”. Noda, together with Yaiza’s Sports Councillor, Ángel Lago, unveiled the poster for the event this week.

The competition consists of three qualifying days, after which the remaining athletes will fight for the title in Playa Blanca. Lago explained that “the municipality is increasingly diversifying its offer of sports events, but also in the constant search to strengthen our profile as a quality tourist destination. For October we are also preparing for the 1st Inclusive Underwater Photography Cup, which places us as the European epicentre of diving and diversity.”.