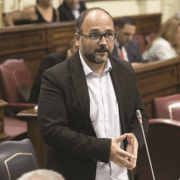 The Canaries decision to ban single use plastics from 1st January next year is a welcome initiative, but how far does it really go in addressing the problem?

Last month the Canaries became the first region in Spain to announce a ban on single-use plastics.

José Antonio Valbuena, Canarian councillor for Ecological Transition and Combatting Climate Change, announced the measure during the presentation of a document titled Plastics Strategy in the Canaries.

The measures are in line with overall EU strategy aimed at 100% recyclable plastics by the year 2030. However, a closer look at the measure reveals there is a lot more to be done.

The definition of “single-use plastics” in the Canarian document is a fairly narrow one set out in Spanish law recently, which includes: “utensils such as disposable plates, cups, glasses, cutlery and straws; that is to say, which are designed to be thrown away after one single use and are made entirely of any type of plastic.”

This definition leaves out a wide range of other plastic products that campaigners classify as “single-use”, and which include plastic bags, cigarette butts, disposable razor blades, water bottles and bottle tops and vast amounts of wrapping material.

However, the document contains several other proposals and initiatives that Valbuena claimed would “promote changes in the design of plastic products, the reduction of plastic usage and the responsible use of of plastic waste and improvements in recycling, with the ultimate aim of progressively reducing the amount of plastic waste.”

Lanzarote leads the Canaries on the issue of plastic waste. The island hosts an international conference on the threat posed by micro plastics, and the Agüita con el Plástico campaign has done excellent work from the Cabildo for over five years.

Lanzarote Will Bounce Back!
Scroll to top