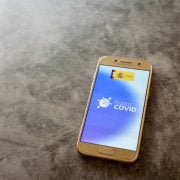 Last week Spain’s Prime Minister Pedro Sánchez urged residents to download the Radar Covid tracking app to help authorities trace those that have been in contact with infected persons. Here is a rundown of how the app works…

The app is active in most of Spain including the Canaries and Balearics and aims to speed up the process of contact tracing to stop the chain of transmission. Sánchez insists “all citizens must download the application”.

There are still large areas of Spain yet to be covered by the app. However, it is working in Andalucía, Cantabria, Aragón, Extremadura, the Canary Islands and Castilla y León.

So, what does Radar Covid do?

The app uses your mobile device’s Bluetooth to collect and share “keys” from other mobile users with the app installed. In theory, if someone tests positive, authorities will use the app to send a notification to the mobile of any person that the app records as having been in close contact with. This contact is defined as spending more than 15 minutes at a distance of 2 metres or less.

The app does not store or transfer personal / location data between mobile phones. It uses anonymous identifiers such as newly generated “keys” to protect the user’s privacy.

The “keys” are randomly generated strings of characters that change every 10 – 20 minutes and are shared between mobile phones that are near to you. However, there are no details within that “key” that could reveal personal information. It simply uses it to identify the mobile phone, rather than the user.

Does the app work?

The app was initially tested in La Gomera, where an outbreak was simulated. The app showed that it was twice as effective at identifying close contacts at risk of infection.

Yes, the app displays every aspect clearly and simply. It is also available in  English as well as Spanish. The app is available on the Apple store, Android store and Google Play store.

For Android or Google Phones – https://play.google.com/store/apps/details?id=es.gob.radarcovid&hl=en_US

Elections in the air
Torres and Corujo tighten restrictions