Yesterday’s protest by a local organic farmer highlights how badly-written laws can seriously affect businesses and events that are actually pointing the way to the future. 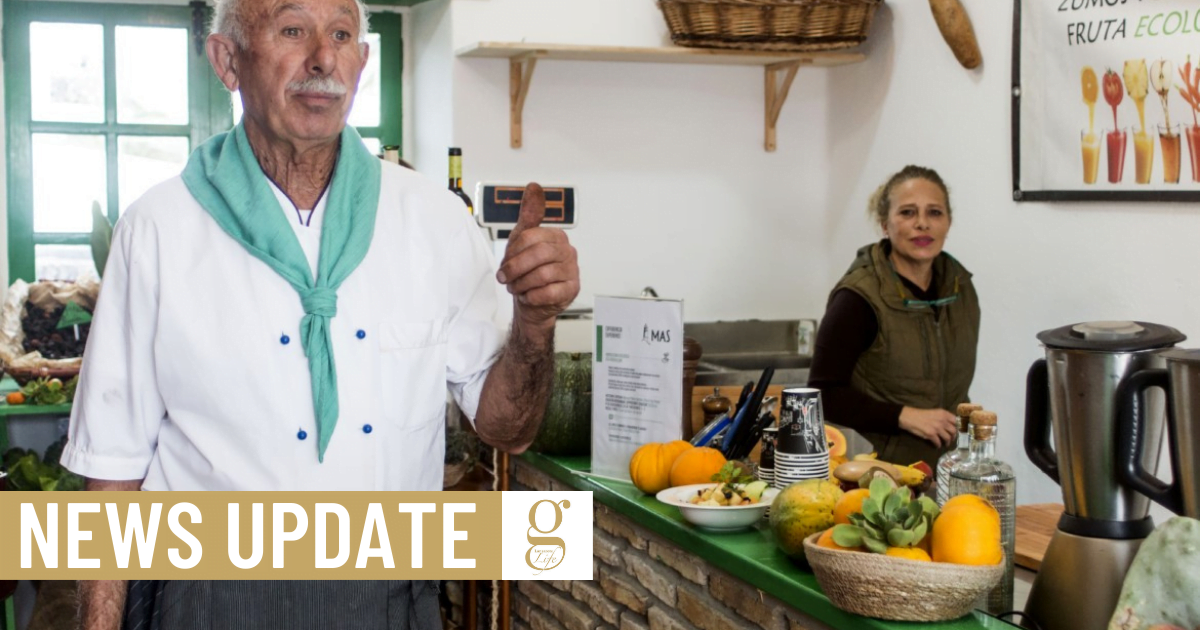 Arrecife has been a breath of hope in recent weeks. While the resorts remain quiet, the capital  started to recover remarkably quickly, and the usual Saturday morning buzz has started to return, centred around the food market in the Plaza de San Ginés.

The anti-Covid controls at the market were strict, just as they were at Haría and Mancha Blanca. Cutomers were asked to use hand gel, waited at stalls where distancing was strictly observed, masks had to be worn  and shoppers left by a separate exit.

One of the regular stalls at Arrecife  belongs to the Finca Tres Peñas, an organic farm in Macher. Six weeks ago you’d have found it with your eyes shut, as the fragrant scent of freshly-picked basil was strong enough to get past face masks.

But at the end of August, all open-air markets on the island fell foul of Canarian laws prohibiting events or gatherings of more than 10 people in public places. Markets that had provided a vital lifeline to workers, as well as fresh products to shoppers, were closed down.

Yesterday, Manuel Peláez, the owner of the Tres Peñas organic finca in Macher and a familiar face at the markets in Arrecife and Mancha Blanca, mounted a protest outside Lanzarote’s Cabildo. Manolo is furious that his livelihood has been curtailed at short notice, putting his business and the jobs of his employees at risk.

Meanwhile, supermarkets – which have no limit on attendance, which concentrate people indoors, and which are often owned by off-island concerns – are permitted to remain open, just as they were throughout the very strictest days of lockdown. The reasoning is understandable – people need food and supplies- but why aren’t they permitted to buy them in the open air from local producers?

The anarchist CNT trade union has also criticised the closure of the markets, saying that it affects small, self-employed farms which run family businesses, while multinationals that are far riskier in health terms are permitted to keep trading.

Arrecife tourism councillor Armando Santana has responded by saying that the order to close Arrecife’s market came from the Canarian Government, and that the council had no option but to comply with it. He pointed out that the current restrictions will expire on September 26th, as long as they are not renewed.

Nevertheless, the successful example of the food markets is a valuable pointer to a future in which we will all learn to have to live with Covid-19. Once tourists return, questions will start to be asked about the Teguise Sunday market, which is one of the island’s biggest tourist attractions. The local food markets have shown that, while they may not be the same as before, outdoor events can be more than acceptably safe.

Make friends and discover Lanzarote on a bike!
Fernando’s Back