If you’re driving on the Canaries, it helps to know which police officers operate where. 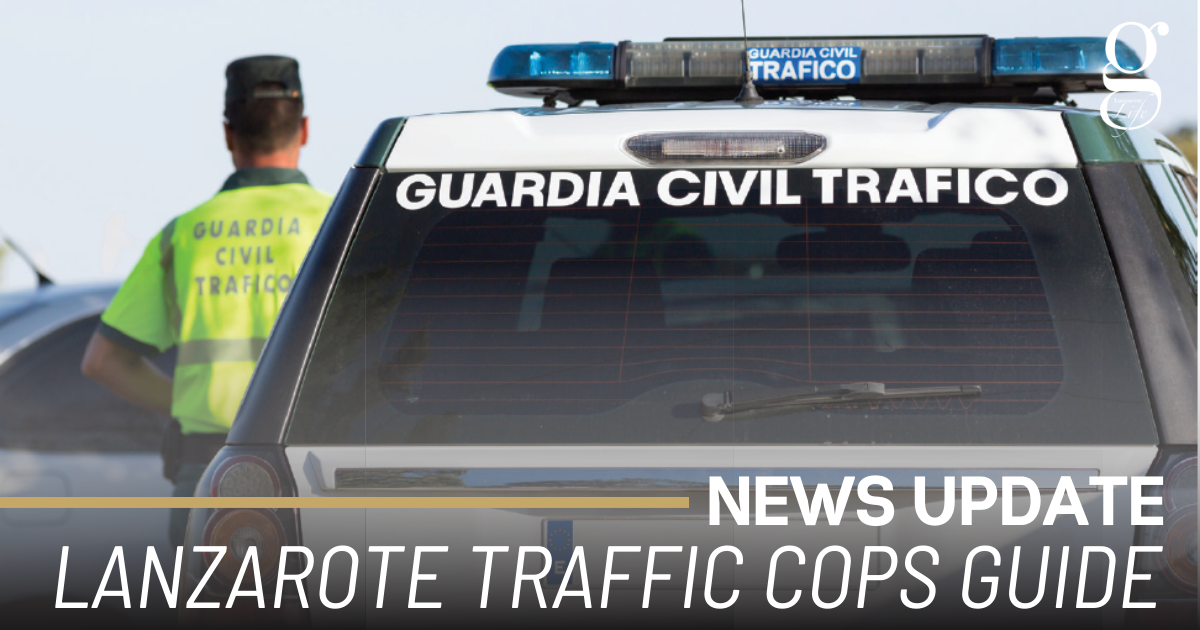 Responsibility for traffic offences depends on the road. In urban areas, the local police are in charge. These agents are employed by the local Ayuntamiento (council), and the fines that they issue will usually come from that institution.

Meanwhile, on roads between towns and villages, the Guardia Civil are responsible for traffic. This dates back to the mid 19th century when one of the main duties of the newly-created force was to protect coaches from bandoleros (gangs of highway robbers). Fines issued by the Guardia Civil will usually be issued by Spain’s Department of Traffic.

On Lanzarote, you may also see the Policía Portuaria operating around the main ports. This is a special security body with responsibility for port areas, and you are unlikely to receive a fine from them unless you commit an offence in these areas.

Traffic is not among the duties of the National Police force, although agents are permitted to report traffic offences to the relevant authorities in the same way as any other citizen.

Non-residents are often issued with spot fines, which must be paid there and then. If this happens to you, you should ask for a ticket, which must contain details of the car, the offence and the officer’s ID number. Although it’s very rare, Lanzarote police have in the past been sacked for demanding and pocketing unregistered spot fines from tourists.

Many resident drivers won’t know they’ve been fined until they receive a notice in the mail. This will usually give them the option of paying the fine within 20 days to receive a 50% discount, or appealing the fine.

The owner of the car is responsible for any fines relating to the documentation or roadworthiness of the vehicle, regardless of who is using the car.

The driver will be responsible for fines resulting from traffic offences. This also applies to hire cars, and the hire car company should notify you of any fines incurred, although it may also charge you a fee for the administration costs of this procedure.

Police in Spain recently responded to social media posts showing police vehicles parked in disabled parking spots or on yellow lines while officers are taking a coffee or maybe even a doughnut.

They point out that they, like any other employees, are entitled to break periods, and that rapid response to potential emergencies is part of their job. Parking their vehicles five minutes walk away from the café may cause serious delays.

Police also point out that their vehicles may contain firearms and other specialist equipment, and may be at risk of vandalism, requiring that they be observable at all times.