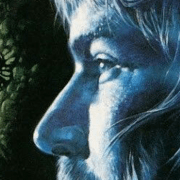 In the second edition of our new series, we take a look at some of this island’s most famous and memorable appearances on film, TV and video.

German film makers such as Werner Herzog and Volker Schlöndorff journeyed to the wild landscapes of Lanzarote in their earlier, experimental years, but it was Wolfgang Peterson, who shot to fame with Das Boot and later went to film blockbusters such as Outbreak and The Perfect Storm, who returned to the island to make a big budget feature film.

Enemy Mine is a fascinating film that stars Dennis Quaid and Lou Gosset Jr as two space warriors stranded on a hostile planet. Much of the hostile planet is actually Timanfaya, with many scenes shot in what are now highly protected areas.

Lanzarote has stood in for space several times in film and TV, but this is probably the film that makes the most of the stark, volcanic scenery.

Lockdown to be extended
Scroll to top