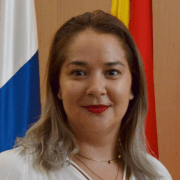 The lockdown announced last night by Spanish president Pedro Sánchez under the national State of Alarm reached the end of its first day without serious incident on Lanzarote.

Police patrolled beachfronts and tourist areas talking to and advising tourists and residents of the measures in place. Although they have powers to impose penalties ranging from €100 fines to three- month prison sentences, it has not been confirmed that any were issued today.

Some cars were also stopped and questioned as to why they were out and about, and vehicles have been broadcasting public information messages out loud in several parts of the island.

In the evening, news arrived that the island had registered its fourth case, and the first to be named. She is Laura Callero, the health councillor for Tías Ayuntamiento. As a precautionary measure, the entire governing group of the council have voluntarily put themselves in self-isolation.

Lockdown: can I, or can’t I?
Scroll to top