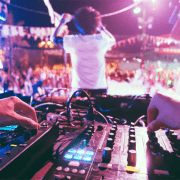 The Spanish government and the 17 regional governments of Spain yesterday agreed to ban nightlife. All discos, clubs and after-hours drinking establishments will be closed under laws that will be introduced by each region in the coming week.

Bars and restaurants will also have to close at 1 am, and may not accept new customers after midnight, while an effective ban on smoking on outdoor terraces will be adopted nationally after the Canary Islands and Galicia introduced this measure last week.

The decisions were taken at an extraordinary meeting of regional health authorities, which Spain’s health ministry called in order to tackle the rising amount of new Covid-19 cases in Spain.  Many of the new cases have stemmed from discos, and it is particularly difficult to track and trace potential contacts in these situations. In the Canaries, an outbreak of 60 cases on Gran Canaria, and an eight-person outbreak on Lanzarote have been traced to discos.

Lanzarote has also seen its largest rise in new cases this week, with 19 new cases in the last day.  According to the Cabildo, the island currently has 59 cases, 25 of whom are visitors to the island and 34 local residents.

Nevertheless, there is currently no one hospitalised with the virus on Lanzarote, and no one in intensive care. This reflects the fact that the majority of new cases are younger people, who are often asymptomatic.

On the Canaries as a whole, 38 of the 748 active cases are in hospital, and two in intensive care. The low rate of hospitalisation was also referred to by Spain’s health minister yesterday. Salvador Illa said that the Spanish health system is far from the state of collapse it experienced at the end of March and beginning of April.

The relative lack of pressure on health services means that another lockdown such as the one established by the State of Alarm from March 14th to June 21st remains highly unlikely in the current circumstances.  The original lockdown was intended to ease pressure on the health system by containing the spread of the virus.

Spain’s government would also find it difficult to win parliamentary support for another State of Alarm, meaning that any future lockdowns are likely to be agreed at a regional level. As the Canaries remain one of the best-performing regions in Spain, a lockdown is not on the cards yet.

Why is no one in hospital with Covid-19?
Scroll to top