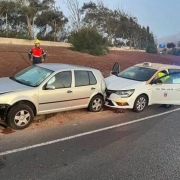 In the early hours of this morning, two cars collided with each other at the entrance to the César Manrique Airport. 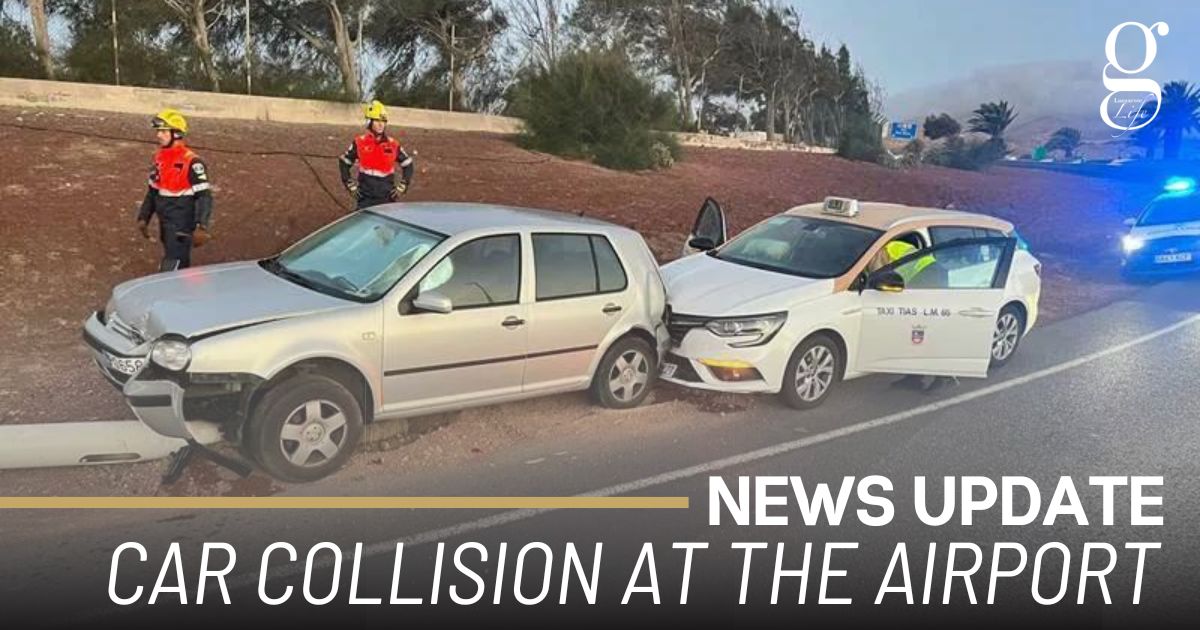 According to emergency services, the first car had collided with a lamppost which resulted in the vehicle behind hitting the crashed vehicle.

Firefighters arrived at the scene to find that no one had been injured, they later removed the cars and lamppost.