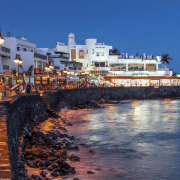 Canarian business representatives have strongly criticised the Spanish government’s four stage plan to leave the lockdown, and have stressed that it must guarantee the continuance of ERTE (furlough) schemes to ensure that many businesses survive.

The initial phase of the government’s plan is due to commence next week, and Phase 1 plans will allow certain small businesses to reopen on an appointment-only basis. However,  no details of which businesses the rules will apply to have yet been provided.

Restaurant owners have also criticised the plan to open terraces to 30% of their usual capacity, and later allow dining areas to open with up to 50% capacity. They point out that businesses that frequently operate on the tightest of margins cannot possibly expect to reopen when the only income they will derive is from one of every three outside tables.

Hoteliers have also slammed rules that allow them to open but keep communal areas closed, pointing out that travel restrictions have already  wiped out much of their client base, and that few people will want to visit a hotel to be confined to their room.

José María Mañaricua of the Las Palmas Federation of Hotel and Tourism Professionals pointed out that 95% of Canarian hotels are likely to remain closed for the summer months, and that normal conditions will not be resumed until international flights are reestablished.

What many employers fear is that the force majeure conditions applying to furlough schemes (ERTEs)  will be lifted, forcing them to decide whether to rehire their employees or pay their redundancy allowance and sack them. Many fear that the economic consequences of the crisis will leave them without the funds to do either, leading to bankruptcy.

Mañaricua said that  force majeure conditions should only be lifted once international flights recommence, and has suggested that furlough schemes should continue until the end of the year. His opinion is echoed by many in the Canaries who are aware that the islands’ reliance on tourism will mean a much slower return to normality than other parts of Spain.

Nevertheless, the Spanish government has already delayed millions of ERTE payments and, with a 5.2% drop in the economy in the first quarter, it faces its own immense economic challenges.

While Pedro Sánchez talks of the “new normal” that may be established as early as the end of June, Canarians are aware that any kind of normality on the islands relies on tourist income. While authorities promote the idea that inter-island Canarian tourism, or the later introduction of domestic Spanish tourism, may help fill the gap, most professionals know that its the arrival of international flights that really counts. Until that occurs, lifelines are essential.

Make friends and discover Lanzarote on a bike!
Collectors’ Corner