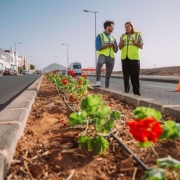 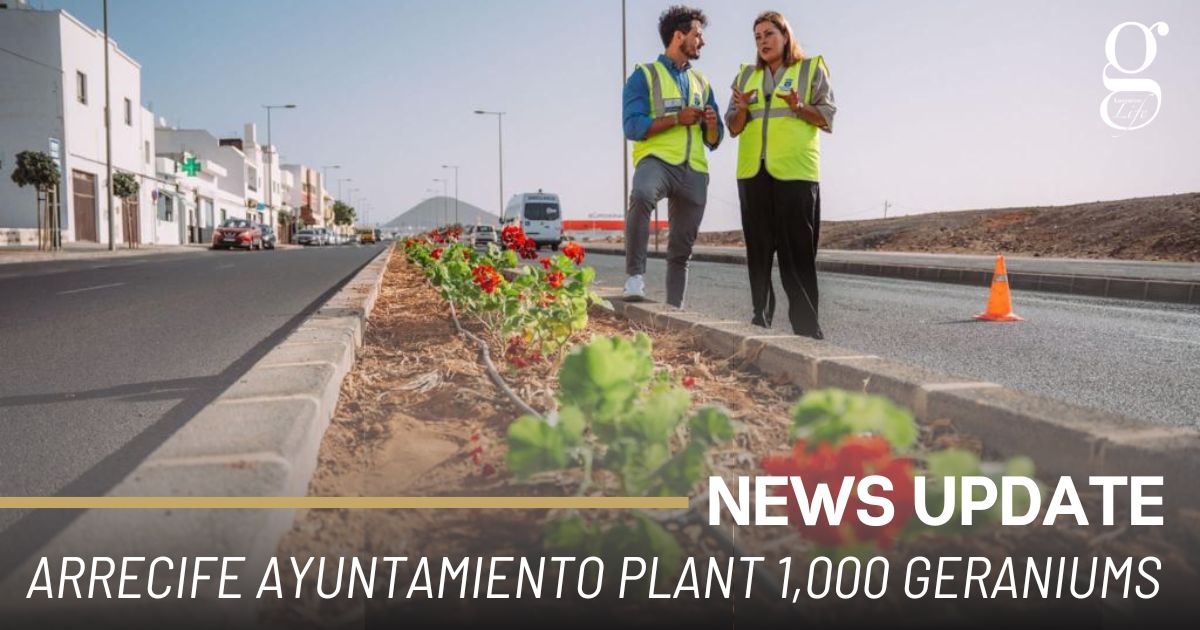 The Mayor of Arrecife, Astrid Pérez, visited the areas which the geraniums have been planted and stated, “this initiative is part of a plan to beautify the city, which we have undertaken through various actions such as the planting of new trees and gardens, thus providing the municipality with more plants and green areas.”.

Deputy Mayor of Arrecife, David Toledo, added that “it is not just a matter of aesthetics and beautification of the city, but of sustainability and the well-being of the citizens.”. Toledo stressed that “sustainability has become the axis of present and future development in Arrecife, we are also working on this model to increase the green areas in the capital.”.

As part of their initiative, in 2021, the Arrecife Ayuntamiento provided the city with 26,179 specimens of flora distributed along streets, avenues, parks, gardens, roundabouts and public squares.