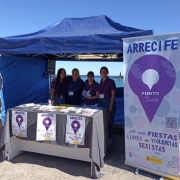 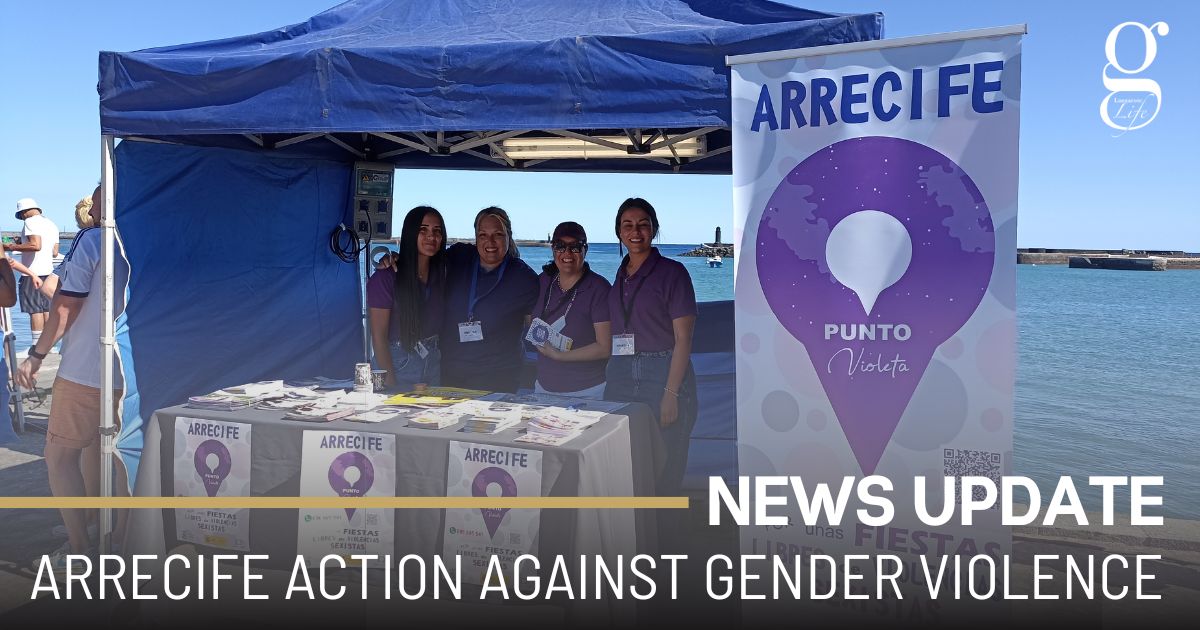 Last year the Arrecife Ayuntamiento, along with Social Services, announced several projects and programmes that aimed to spread awareness for gender violence.

The Mayor of Arrecife, Astrid Pérez, underlines “the involvement of the Arrecife Ayuntamiento in this initiative is important, as we are aware of the role that public administrations must play in the fight against gender violence, and the need to offer women support and information so that they do not feel alone.”.

The Social Services Councillor, María Jesús Tovar, stated that through with the fundings of the Ayuntamiento they were able to open safe spaces for women at the Carnival Porteño and the Feria de la Tapa. The Puntos Violetas – Violet Points – were set up so that women could have support and advice for any type of aggression, harassment, or abuse that they may have been experiencing.

Another project undertaken was training activities last Ocrober for Social Services staff and the Arrecife local police. The training was presented by specialist, Patricia García Ojeda, who provided “necessary professional training in order to ensure care and referral to specialised resources for victims of gender violence”, added Tovar.

The third action titled “building health relationships” saw young boys and girls take part in educational workshops on the differences between a health and unhealth relationship, “based on the fact that, despite efforts made in recent decades, we can see that culturally there are still many stereotypes and attitudes that promote unhealthy relationships”, said Tovar.

The awareness-raising workshops were aimed at primary schools in Arrecife, with the participation of the schools. The action included teacher training, prevention, and awareness workshops.