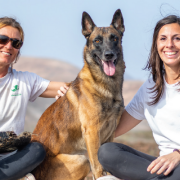 LanzÁnimal is a unique place on Lanzarote, a therapeutic farm full of rescued animals in rural Guatiza which operates as a centre for animal therapy and educational visits. We spent a fantastic afternoon there last month, and would like to introduce you to some of the characters we got to know there. 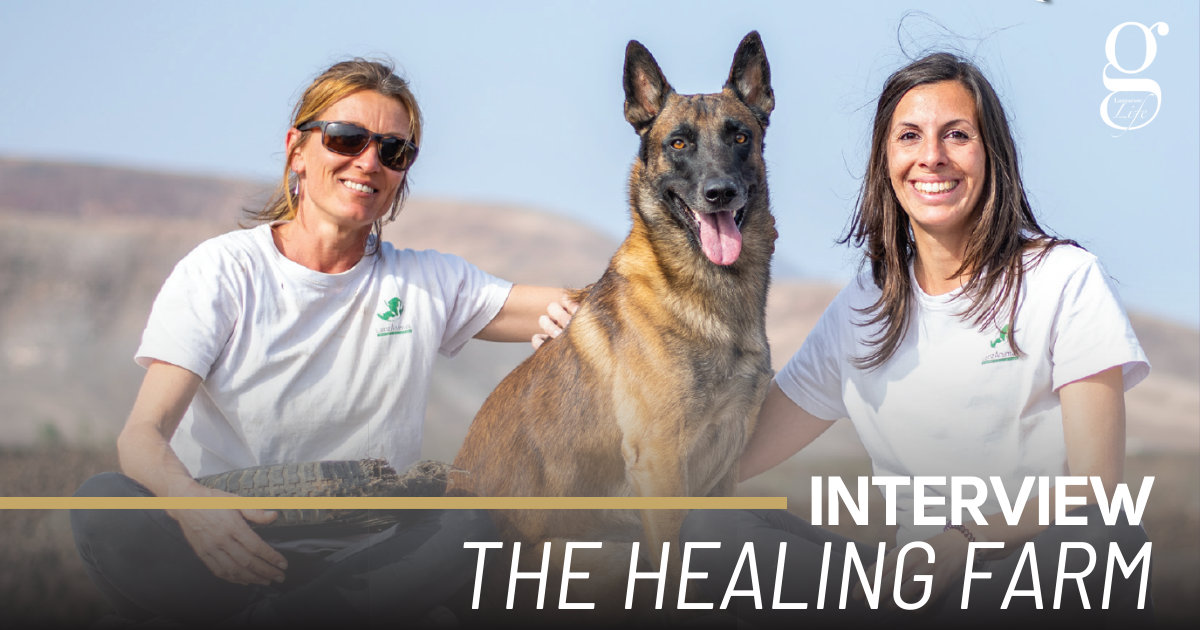 Veronica and Valentina are two Italians from Milan who run LanzÁnimal with the help of friends and volunteers. Veronica arrived on Lanzarote first, 15 years ago, and began to save animals at her property near Costa Teguise. Later, Valentina came and instantly fell in love with life here – “For Italians, the Canaries are a paradise,” she tells us.

They set up LanzÁnimal two years ago, with the aim of combining animal welfare with social welfare, and creating a place that promoted values such as tolerance, respect, friendship and self-esteem. Schools have organised visits, children with autism and Asperger’s syndrome have discovered that animals do not judge and allow you to be who you are, and there have been events with groups of women who are victims of gender violence and animal welfare groups.

This is a serious project, and LanzÁnimal are keen to expand and get official funding from local institutions. But until then, they have to rely on donations and the money they make from a small but attractive kennels facility.

Veronica is completely convinced that animals can have a beneficial effect on all sorts of conditions. “We’d love to explore the possibilities further, and would like to get professional psychologists involved,” she says. “I know myself that dogs can help with depression – they make you feel useful, let you know you’re wanted.”

Carmelo is an elderly Vietnamese pig who was threatened with slaughter after he was confiscated from his previous owner, an old man who suffered from Diogenes syndrome – the compulsive hoarding of belongings and animals. Classed as an “invasive species”, Veronica counted on the help of Sara Protectora and Ademal to convince local authorities that the island was unlikely to be overrun by Vietnamese pigs if old Carmelo was spared.

Carmelo was mistreated in the past, and took a long time to trust humans. Valentina tells us how they discovered that he liked people singing to him, and so we give him a brief serenade. It was a young autistic boy who took time to form a bond with Carmelo and became the first person he allowed to touch him.

Now, he lets us scratch him before waddling off to nuzzle Benjamin the donkey, his closest friend. Later, he takes a nap in the sun, where the chickens sometimes come and walk all over him. Carmelo’s not worried – he does his own thing.

Clemente is a 15-year-old donkey who Veronica calls “the escape artist”. Often, when returning to her home in Costa Teguise, he’d be gone, and she’d find him doing his rounds elsewhere.

As the oldest donkey at the farm, Clemente is a bit of an “Alpha male”, and recently got Lucy, the youngest donkey, pregnant. When she suffered a miscarriage, the vet advised that another pregnancy could be fatal for her, so Clemente is separated from the other animals. Currently, Veronica and Valentina are debating whether to have him castrated, although this is something they really don’t want to do.

Clemente is a handsome fellow and seems happy enough in his pen, although Carmelo’s attempts to make friends with him are ignored. Veronica says, “He’s probably thinking about his next escape attempt.”

Fernando is a handsome Canarian billy goat, with lovely horns and gorgeous opal eyes. After his mother rejected him, Veronica saved him from slaughter, too, and raised him from a ten-day-old kid.

Fernando’s still young, and has the gawky charm of adolescents whose minds haven’t quite caught up with the growth of their bodies.

We head over to the kennels which are LanzÁnimal’s main source of income, and find five attractively decorated enclosures, each named after a herb which is growing in a container outside – mint, lavender, sage, curry and melissa (lemon balm).

The other dogs are released and are delighted to see us, with Nai and Ara, two friendly Staffordshire bull terriers knocking our colleague Shay to the ground with their enthusiasm. Penny, a little Jack Russell joins us, and finally Kira is let out of Casa Melissa. Tiny, and a little frail, she’s excited by the other dogs’ barking and tries to join in, but seems to have lost her voice. The result is a little dog wagging her tail and croaking like a frog.

Like the other dogs, Kira is an honoured guest while she’s here. Veronica is a trained dog instructor and both women are qualified animal therapists who also offer day-care and training sessions for dogs from €10 a day.

LanzÁnimal also have a lovely, peaceful sheep called Mar a, a younger sheep called Stella, several chickens that were kept in houses for their eggs and a pair of domestic ducks that somehow turned up at the Charco de San Gines in Arrecife one day.

As Veronica says, ”This is not a zoo where you hang over a fence and throw bread to animals”, it’s a place where humans and animals come together for healing and mutual welfare. It’s an inspiration and a privilege to visit.

Visits to LanzÁnimal are by appointment only. Email lanzanimal2020@gmail.com, call 657 459 872 or visit the LanzÁnimal Facebook or Instagram pages to get in contact or find out more.