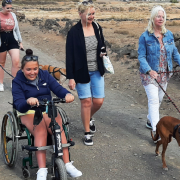 This month, tour guide David Penney takes a different walk to usual – one that’s suitable for almost everyone, and which is guaranteed to bring you enthusiastic new companions. It may not be the prettiest route on the island, but it’ll make you feel great. 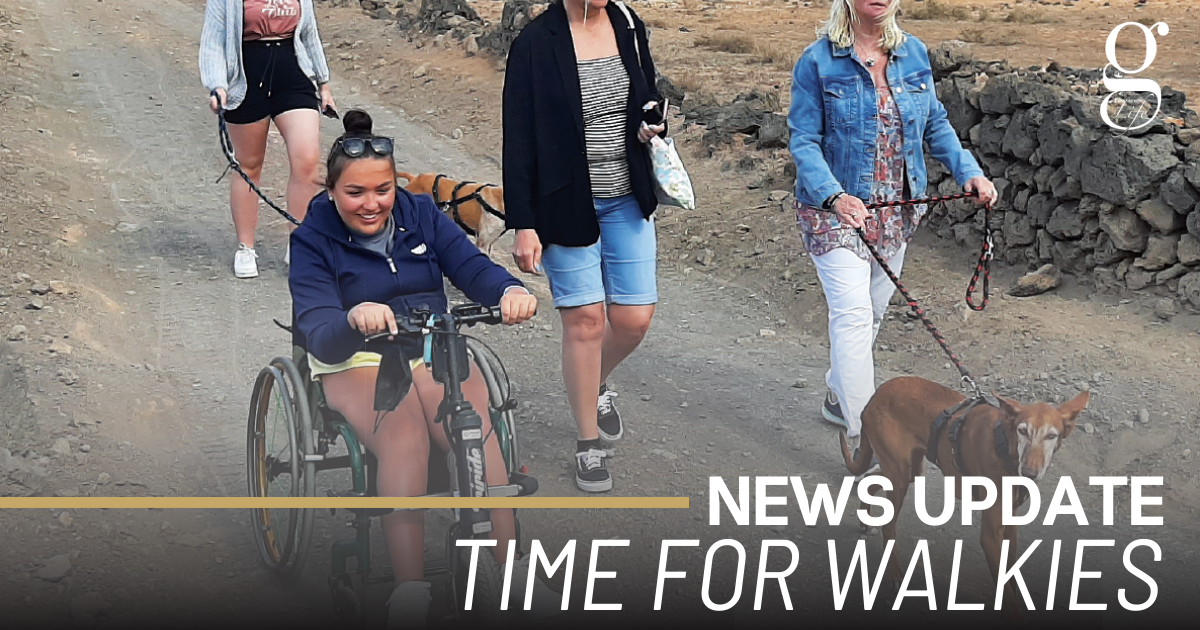 It has been two years since I started my feature in this magazine. During this time, I have intended to provide some content and information about various walks around the island for both residents and visitors.

The aim has been to get them out and about to explore the magic of this island without the need to pay for a tour guide. I have provided details of 24 different walks across all areas of the island, and whenever possible I have supplied info to access by bus.

Some of these routes have been more challenging than others. But this month’s featured walk can be done by almost everyone, as the photos show.

Over the past few years I have made friends with a family who have been regular visitors to Lanzarote and who have been on several trips with me, exploring the island’s hidden gems that lie off the beaten track. I first met Izzie about six years ago and I was immediately impressed with her can-do attitude.

The family had heard that I’ve often taken people to walk the abandoned dogs at the various shelters on the island. So, I arranged with the staff at Sara for a group of us to spend some time walking some of the wee doggies.

I presented the insurance as we arrived (you need to register to walk the dogs, but it’s cheap and easy), and explained the need to choose the dogs that were suitable for our requirements.

The girls at Sara did an excellent job in selecting the dogs for each of us. They were also dogs who were OK when walking with other dogs, as we wanted to all walk together as much as possible.

We set off along the track from the shelter and started chatting with the podencos to give them reassurance that we are all just a group of friends going for a walk. I even explained to the dogs they were going to be famous and appear in the largest English language magazine on the island!

The track leading towards Arrecife from Sara’s shelter is flat all over, but it does have several uneven areas where vehicles have cut it up and sunken areas where the rain had settled. As with all my walks, you are advised to wear suitable footwear like training shoes or runners as there are several volcanic rocks embedded in the track.

There are a couple of variations for the route, you can do a circular route which takes about 30 – 40 minutes, (remember it’s not a race).

We prefer to continue along the track further and continue walking towards Arrecife for about 30 minutes, then turn back and return on the same track making it a linear walk of about an hour.

This is enough for the doggies, especially if it is a hot day.

I always take a bag with a few packs of treats and a couple of bottles of water, which are all for the dogs, but I also bring water and snacks for the walkers.

The dog-walking track at Sara takes you alongside the only lava flow that reached the southern coast of Lanzarote. Sara Animal Shelter is located right on the western edge of this river of black basalt, some of which has been buried by sand, butother parts of which seem almost as if the molten rock solidified just yesterday.

This long tongue of lava is where César Manrique built his home in the 1960s, and it carries on past Tahiche, edging past Arrecife and running alongside the LZ.3 ringroad before finally ending up in the sea near the Playa de la Arena, just round the corner from Ikea.

For further information about walks around Lanzarote please contact, DAVID Penney via email lanza888@yahoo.com OR via WhatsApp message 0034 649389888

Discover the BEST of Lanzarote
Scroll to top