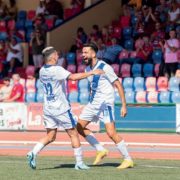 Over the last month the Rojillos (the reds) have clawed back a four-point deficit and are now in the playoff positions. Ian Lane reports on UD Lanzarote’s latest ups and downs. 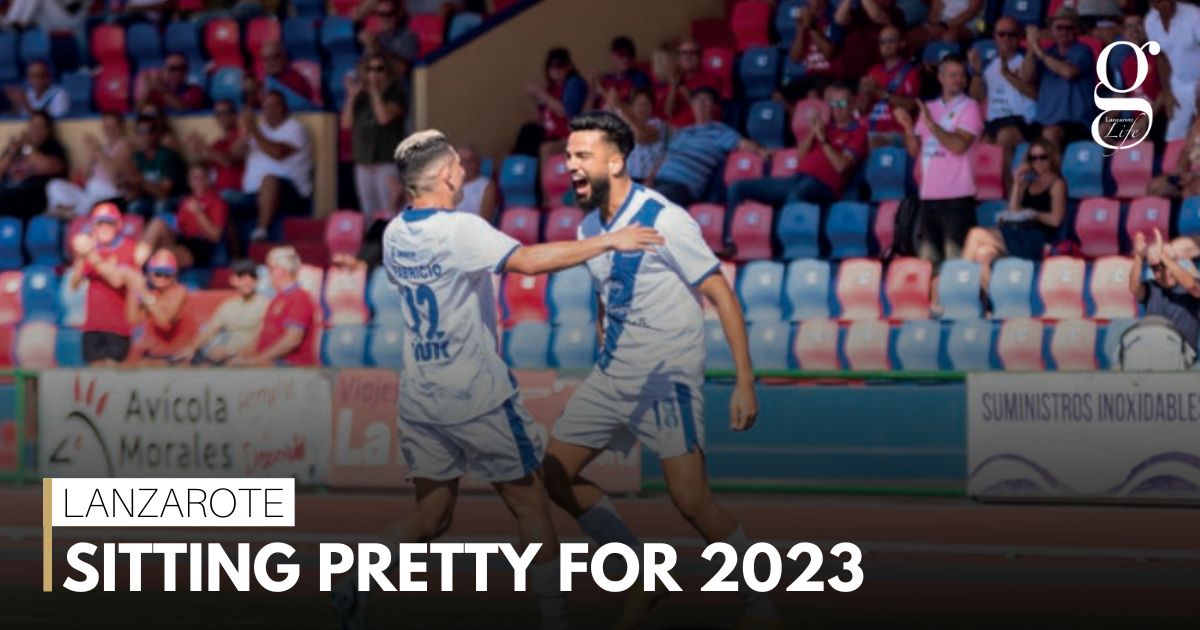 Four straight wins set them on course, but this was halted with a 93rd minute goal against playoff rivals CD Mensajero in a 2-1 defeat. The La Palma side are notoriously good on home soil and made it five wins and a draw in their six home matches.

On Sunday December 11th Lanzarote hosted second-placed side CF P.P. San Mateo and on a scorching hot day played one of the most exciting goalless games seen in recent seasons. It was end-to-end stuff, helped by a referee who did all he could to play advantage and tried his best to keep the whistle away from his lips. This is very rarely seen in lower league football or even international football.

With the point earned from that match, UD Lanzarote are back in the playoff positions, occupying fifth spot in the Tercera Division RFEF (Fifth Tier). They will be raring to go when football returns in January with two home games on the bounce: firstly against bottom club Estrella CF on the 8th January, followed by the big derby match against local rivals U.S. Yaiza on the 15th.

To come and see any home match there is no need to book tickets in advance. You simply turn up and pay at the door, adults 8 Euros and Pensioners 6 Euros (2 Euro discount for residents). Children 16 years and under are admitted free of charge.

The club have a great offer on Season Tickets (abonos) for the second half of the campaign. For the eight remaining matches you can buy an adult season ticket for 35 Euros or just 20 Euros for a pensioner. This can be bought on match day, at the club in Arrecife or in the shop in Costa Teguise (details below).

From all at UD Lanzarote we wish you the healthiest of New Years!