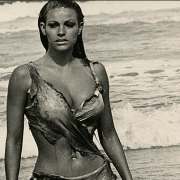 If you have a half hour or so free on the internet, a visit to memoriadelanzarote.com is the perfect way to pass it. In fact, once you start clicking on the fascinating and evocative images and films of Lanzarote’s history, you may lose yourself for hours.

The website is the home of Lanzarote Cabildo’s Digital Memory project, which aims to preserve as much of the island’s history online as it can.

The project was set up in 2007 as part of the Cabildo’s Statistics Department, and was intended as an online archive that would gather documents, newspapers, magazines and other historical records of Lanzarote.

However, although the documents are still a vitally important part of the project, it was the photographs that the website made visible that really caught the imagination of the island.

Often donated to the project by descendants of long- dead photographers, these arrived in the form of faded photographs, negatives and glass slides. The Digital Memory project painstakingly copies them in digital form before returning them to their owners.

Mario Ferrer, one of the founders of the project, says “We hold various events, showing old films and giving talks around the island. We’ve also used the local fiestas as an opportunity to appeal for material. The response has been wonderful.”

Among the treasure troves that the project has received are collections belonging to the Matellana family, showing 19th century portraits; the astonishingly arranged portraits of Jacinto Alonso – a dentist and photographer who worked around a century ago, and the fascinating and extensive work of Javier Reyes Acuña, whose photos show almost all aspects of rural peasant life in the mid-20th century.

“Javier Reyes photos are especially important because they show normal working people,” says Mario Ferrer, “Usually, people who had their photos taken were the wealthier classes who could afford portraits, But Reyes photographed everyone.”

More recently, the isle of La Graciosa in the 1970s is brought vividly to life in the photographs of Elza and Nick Wagner, a German couple who fell in love with the island after visiting in 1969. In bright 70s Kodachrome, their informal shots show

fishermen, children, landscapes and glimpses of daily life on what is still one of the most unspoiled islands in the Canaries.

Political events and press reports are available, allowing you to see images of King Alfonso XIII’s visit to the island in 1902 – the

first Spanish King to set foot on Lanzarote, or General Franco opening the Hospital Insular in Arrecife in 1950.

The project also records Lanzarote’s birth as a tourist destination. Rafael Silva was the first photographer to make postcards on the island and his photos show how the island has changed in less than 50 years.

Among the videos on show are a captivating film of Lanzarote in 1970, filmed by a German couple who holidayed on the island, a glimpse of Arrecife market in 1974 and a number of carnival films.

Carnival, with its costumes, parades and excitement, is a theme that keeps recurring throughout the archive, and there are many more photos of parties, weddings, concerts and other examples of an island that loves to party.

Mario Ferrer knows that there is almost certainly a wealth of undiscovered material out there, both on Lanzarote and in the homes of past holidaymakers in the UK, Germany and other countries. “The question is how to get hold of it,“ he says.

The Digital Memory project has proved such a success that it has now moved to new office in the Casa Amarillo in central Arrecife. Downstairs, exhibitions are held – the current one is a fascinating tour through all the feature films that have used Lanzarote as a location, while upstairs Mario and his colleagues gather, edit and update the archive continually.

The Digital Memory project draws together many of the most important moments in Lanzarote’s history.

The Maretas Del Estado are now abandoned in a little-visited part of Arrecife, but in 1906 they were the largest engineering work to take place on Lanzarote. They were opened by the 20-year—old King Alfonso XIII of Spain in what was the first royal visit to the island.

In 1950, Lanzarote received another head of state. This time it was the dictator General Franco who arrived to be greeted by flag-waving islanders. Among other acts, Franco officially opened the Hospital Insular in Arrecife.

Tourism and the establishment of a royal residence on the island has meant that the last two Spanish Kings, one president and a handful of foreign statesmen have also spent time on the island.

The filming of 1,000,000 Years BC in 1966 marked not only Lanzarote’s birth as a film location, but also coincided with the dawn of the tourism age on the island. Raquel Welch’s arrival put Lanzarote on screens all over the world and paved the way for scores of film makers to follow.

Among the stars who have arrived on the island are Omar Sharif – the subject of an enduring local legend – Rita Hayworth, Dennis Quaid, Vincent Gallo and Penélope Cruz.

The 60s was also when César Manrique returned to his native island, transforming it into a paradise where art and nature combine.

The Digital Memory project collects all of these moments, and many more including photos of the musician Brian Eno, the world-famous tenor Alfredo Kraus, Nobel prize winner José Saramago, and many, many more.