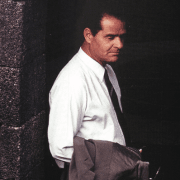 A new permanent exhibition at the Jameos del Agua will commemorate the work of Jesús Soto, the artist who, alongside César Manrique, worked to transform Lanzarote in the 60s and 70s.

It’s sometimes difficult to imagine how much Lanzarote has changed in just 50 years. In Lancelot 28o -7o, Agustín Espinosa’s 1929 book of essays and poems devoted to Lanzarote, the writer mentions that the “underground labyrinths” of Cueva de los Verde and the Jameo del Agua have now “almost disappeared.” Both were used by locals to dump rubbish, and few visitors thought them worthy of attention.

Espinosa’s desire to “create a new Lanzarote” in writing was taken rather more literally in the 1960s by two gifted and visionary artists. César Manrique returned to his native island, while Jesús Soto arrived here from Fuerteventura. Together, they transformed an island.

Soto was a lighting engineer who, in 1965, was hired to install lightbulbs in the Cueva de los Verde so that archaeologists could study the cave. However, when officials turned up to inspect his job, they discovered that he had used his skill to create something astonishing. According to legend, at one point he plunged the cave into pitch darkness and played Vivaldi’s Spring, the sublime music echoing through underground caverns.

Working with Manrique, who he had persuaded island politicians to invite back home from New York. Soto then created the dramatic entry to Jameos del Agua, and later planned the Ruta de los Volcanes that is still followed by coachloads of awed tourists every day. He also worked on the Mirador del Río, El Golfo and the amazing mountainside complex of LagOmar in Nazaret. Soto was named an honorary son of Lanzarote in 2002, the year before his death.

The new exhibition can be found at the Casa de los Volcanes in Jameos del Agua, and contains several of Soto’s works, as well as the recreation of a volcanic cave and a mural created by the artist. The official launch of the exhibition, on December 17th, was attended by Soto’s widow Lita Emma Garrido and several of his children and grandchildren, as well as old friends and colleagues.