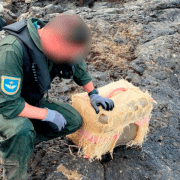 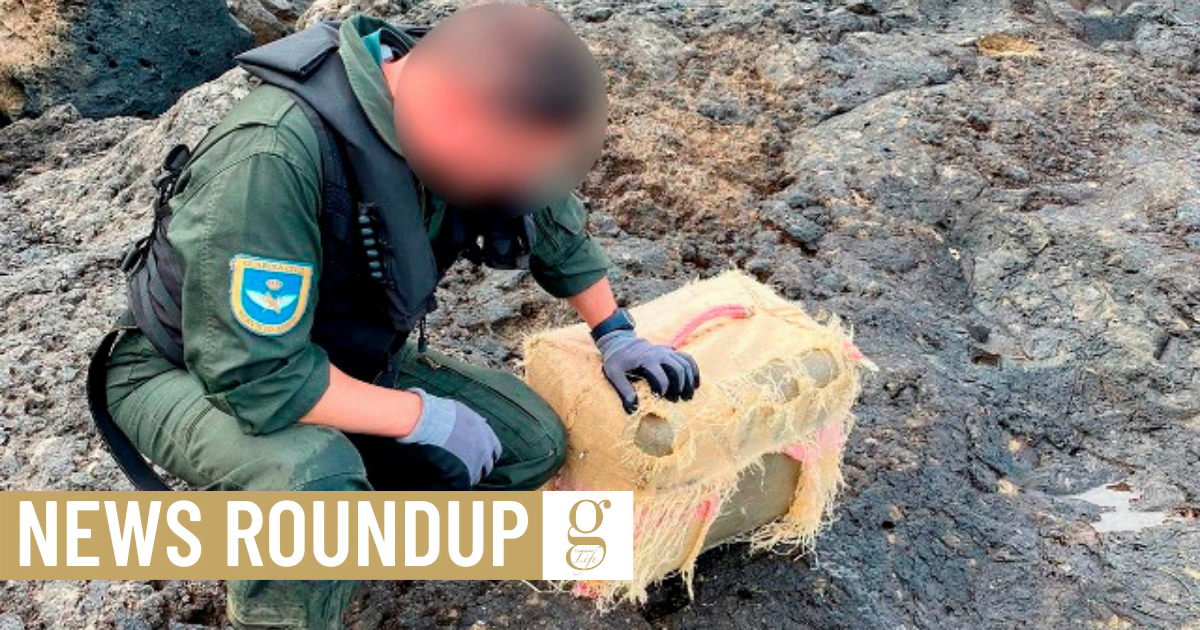 The Tide is High

300 kilogrammes of cannabis have been discovered off Lanzarote and Fuerteventura over recent weeks, it was announced on Thursday.

The first bale was discovered on the coast between La Oliva and Puerto del Rosario in Fuerteventura, and led to the discovery of a further eight bales in locations ranging from Costa Teguise in Lanzarote to Gran Tarajal in Fuerteventura.

The origin of the bales is unknown.

Random screening of residents in two neighbourhoods of Arrecife is underway after researchers discovered high traces of the virus after analysing sewage.

The barrios of Tinasoara and San Francisco Javier will see 2,000 local residents tested, and the programme has already started this weekend. Once this has finished, there are plans to carry out screenings in Puerto del Carmen, Playa Blanca and Costa Teguise, where “concerning” levels of viral material were also detected.

A 48-year old woman was arrested in Arrecife last week after falsely reporting the theft of her mobile phone in order to submit an insurance claim.

The woman alleged that she had been mugged by a man in the town centre, and her phone, worth €450, had been stolen. However, police soon established that the phone was being used by the woman’s partner. When confronted with this fact, she confessed and was charged.

Róbalo, the César Manrique wind toy that is located at the roundabout in Los Pocillos, Puerto del Carmen, has been removed for maintenance and renovation.

The colourful sculpture, which is named after the sea bass, will be repainted, cleaned and technicians will hopefully get it whirling again – something it has not done for several years. The programme of renovating the wind toys began in 2017 with the removal of the iconic Fobos sculpture, located at the Tahiche roundabout where Manrique lost his life in 1992.

Cheese worshippers have been making pilgrimages to Roper in Playa Honda, where the largest cured cheese in the world is currently on display.

The immense dairy product, which weighs over 200 kilos and has been made with 1,800 litres of goats’ milk by Quesos Bolaños of Gran Canaria, has been matured for ten months.

The cheese will remain on show until 10 am on 21st November, when “accredited artisanal maestros” from Gran Canaria will cut it in front of a select audience of cheese connoisseurs.

Until then customers can reserve a chunk of the magnificent cheese and be photographed alongside this delicious wonder of the world.

The rain predicted for last Thursday and Friday largely failed to arrive, despite AEMET predictions.  A week that started with some clouds in the morning cleared up, and the weekend has offered fine weather and fresh temperatures.

The fine weather is predicted to continue for most of the week, while the Spanish meteorological agency predicts that there will be clouds and 35% possibility of rain from Thursday to Saturday.