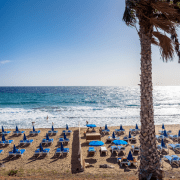 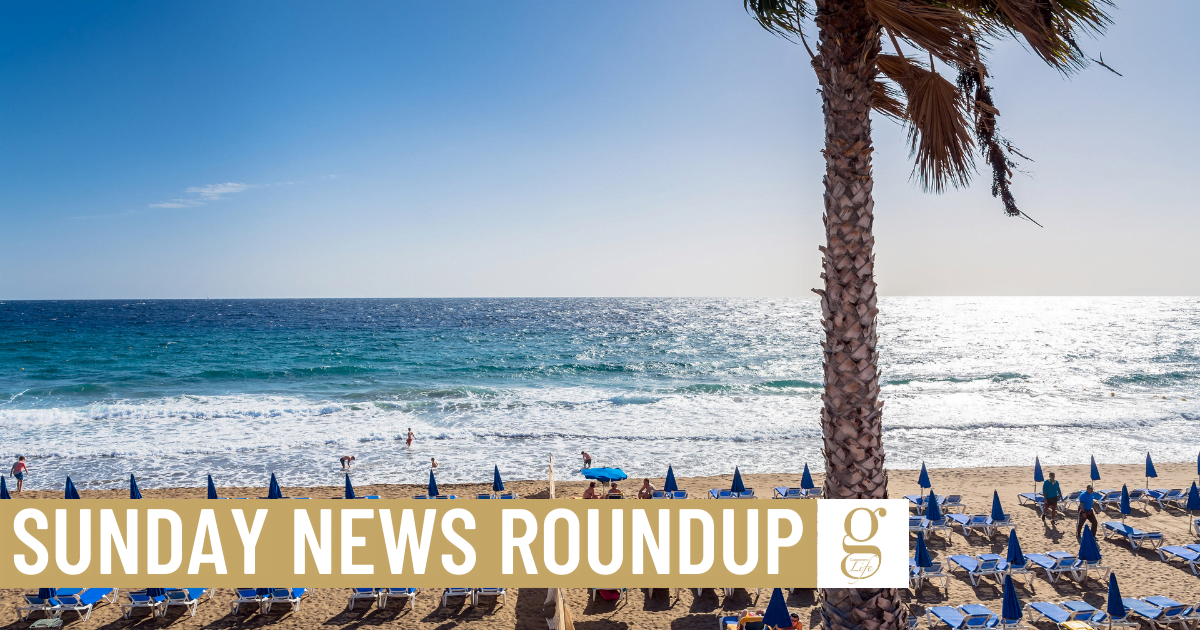 Strong tides and heavy swells have stripped large amounts of sand from the beaches in Puerto del Carmen, leaving them in a “terrible” state, according to Mayor Juan José Cruz. Playa Grande has been worst-affected, but Matagorda and Pocillos have also lost sand.

While sand is often replaced by tides, there has long been concern that the natural process of sand renewal on the island’s southern beaches has been interrupted by building works. Sand on these beaches originates at Famara beach, where it is slowly carried to the south of the island by the wind.

The news that Benito Cabrera is leaving Los Sabandeños is a major event in Canarian music. Los Sabandeños are the most famous and globally successful Canarian folk group of all time, recording dozens of albums and touring worldwide since 1965. The composer and timple maestro, Benito Cabrera, who grew up on Lanzarote, became their musical director in 2007.

However, Cabrera has announced that he is leaving Los Sabandeños to focus on solo projects.  He said the decision was made “without anger or crisis” and stressed that it has been an “immense honour” to work with the group.

For Saturday it has become illegal to ride electric scooters on the pavement. A law proposed by the traffic Department and approved on Saturday now means that motorised scooters are classed as vehicle, and as such, they cannot be driven or left on pavements.

Other rules that apply to vehicles will also apply – it will be an offence to ride a scooter drunk, for example, and every scooter will require registration

Killer hands himself in

The presumed murderer of a woman in Gran Canaria handed himself in to police in Arrecife last week, after confessing the crime to a friend.

Manuel Ramón C.G. says he pushed his partner, Mariam Ibarlucea, during an argument at their home in Galdos, Gran Canaria.  He claims that her head hit the edge of a bed- base, killing her. He then attempted to burn the body on a bonfire.

The horrific case has strong echoes of the murder of Romina Celeste in Costa Teguise two years ago. Romina’s husband is awaiting trial, accused of killing her, attempting to burn her remains and scattering them around the island.

Women’s groups held acts of remembrance and rejection of gender violence and femicide in Las Palmas, Galdar and the victim’s home town in the Basque Country.

The current cool, still weather will continue until Monday afternoon, according to Spanish state forecaster AEMET, but temperatures will rise by three or four degrees by midweek. The bad news is that this warm weather comes from the west and south-west, which often brings stormy conditions to the Canaries. Rain and strong winds are forecast from Wednesday until Saturday, and there’s a good chance that weather warnings will be issued.

Corridor Down
Scroll to top