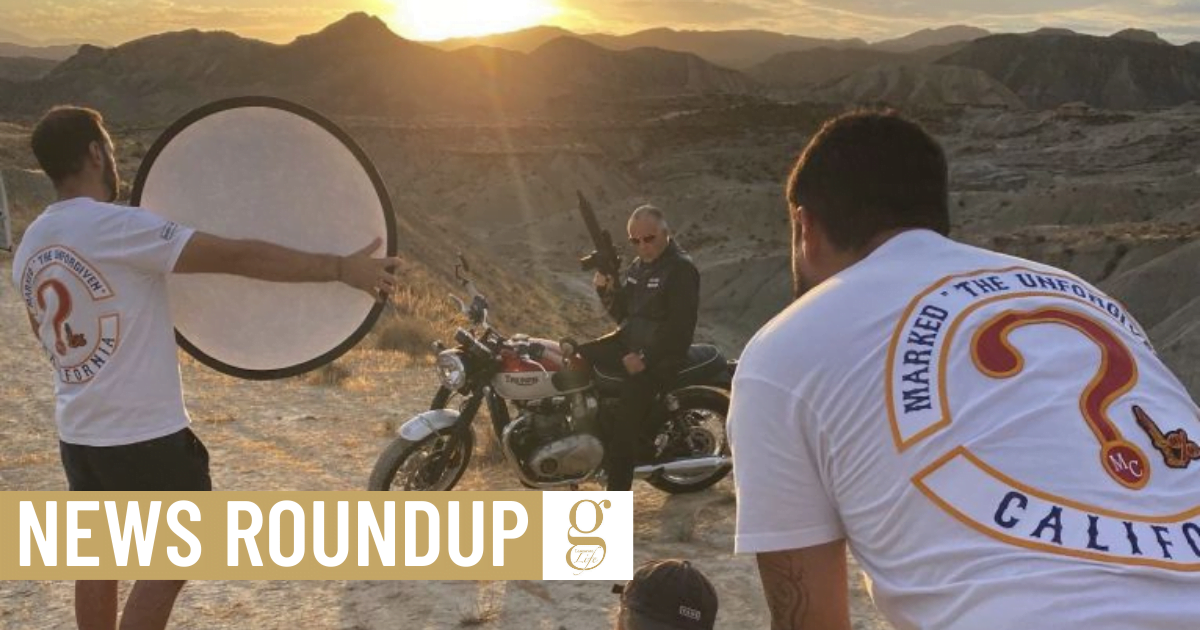 Hollywood production company Wanda Halcyon Television has received permission to film scenes from the series Marked – The Unforgiven on Lanzarote from January to April of 2021.

The series is based on a best-selling novel by ex-Hells Angel George Christie, and will features the adventures of a biker gang of highly-trained Green Berets and Navy Seals who ride around on Triumph motorbikes. Christie himself will play a Vietnam vet, and a “mansion” in Lanzarote will be used as the location for the headquarters of the fictional Ximénez cartel.

Wanda Halcyon will announce the names of two “well known” actors who will play key roles in the series on 14th December.

UD Lanzarote’s season continues to get off to a nightmare start as today’s match against Union Puerto was cancelled due to the rain alert. The cancellation was announced last night, meaning that the Fuerteventura team wouldn’t have to take the ferry over this morning.

This is the second time in eight days that a Lanzarote/Fuerteventura match has been cancelled, after a breakdown on the ferry forced the suspension of last week’s match at Gran Tarajal.

Lanzarote have lost three games and won just one so far and although other islands have permitted spectators, Lanzarote fans have been prohibited from entering the stadium to support them.

The final death toll from the capsized patera at Órzola on Tuesday was eight, while 28 young men were rescued alive.

The tragedy occurred just after darkness had fallen, and locals only became aware of the tragedy when they heard screams from the sea. The boat had collided with the breakwater and tipped over into the sea, and several of the passengers could not swim.

Around 20 locals helped to rescue the victims

Haría ended the week with a new Mayor after the Coalición Canaria broke their pact with the Socialists and joined with the Platform for the Municipality of Haría in a vote of no-confidence in ex-Mayor Alfredo Villalba.

The new mayor is Chaxiraxi Niz of the CC, who is the granddaughter of Eugenio Niz –the famous Canarian wrestler and policeman whose statue can be seen in Calle Real in Arrecife. Niz will hand over the Mayor’s post to José Torres Stinga, the veteran ex-mayor of Haría before leaving the CC, in the future as part of a power-sharing agreement.

Two Tinajo men who were found hunting shearwater chicks with a ferret on the cliffs of Charco de Palo in September were each given a €1,120 fine in an Arrecife court this week. They were also banned from hunting for 16 months, and given a further €140 fine for mistreatment of the ferret.

A week that’s seen some much-needed rain finally fall on the islands will continue with unsettled cooler weather as the Canaries continue to feel the effect of the bands of tropical storm Clement.

Lanzarote is on a yellow alert from rain until 8pm today, and for rough seas from 10 am to midnight tomorrow.  AEMET forecast high probability of showers for the rest of the week, although the sun will also break through.