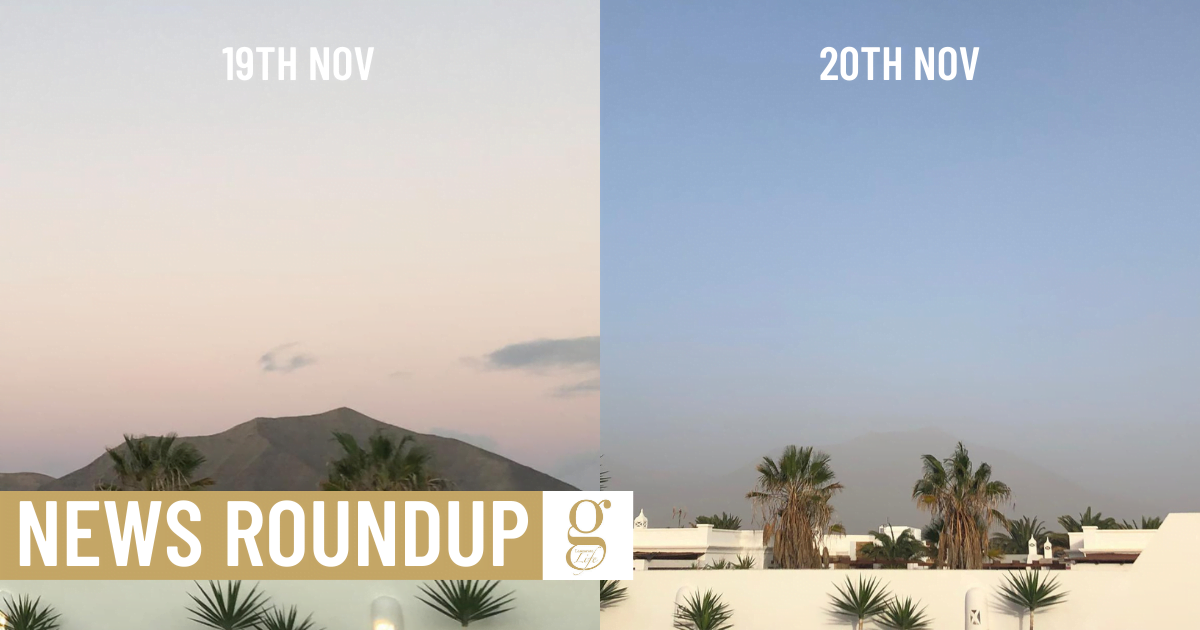 Tejera has been working on a commission to amend the Guacimeta Noise Map, a 2018 project undertaken by AENA and Civil Aviation Authority, which identified just 100 properties for sound-proofing.

Tejjera has threated to go to court if the Ayuntamiento’s demands are not addressed.

Rain on the way

Lanzarote experienced another flash calima on Friday, as landmarks on the horizon were suddenly erased by a dusty haze. The calima cleared rapidly, however, and Saturday was mostly clear.

Spain’s meteorological agency AEMET is predicting dry, fine weather until Wednesday, with 90% probability of rainfall on Wednesday afternoon. That rises to 100% on Thursday, and rain is also forecast for Friday and Saturday.

The Comisiones Obreras trade union has criticised the statements of an employer after a worker lost an arm in a workplace accident in Playa Blanca On Wednesday.

The accident occurred while the man, aged 44, was working on a conveyor belt at Hermanos Tavio Santana. His employer later claimed it was a “a slip”” that caused the accident.

A representative of Comisiones Obreras, Spain’s largest trade union, said “these statements fill us with indignation for their lack of empathy as well as the lack of preventive culture and ignorance of workplace protection laws.”

The trial of ex-Cabildo president Pedro San Ginés has been cancelled and will be moved to the provincial Court In Las Palmas, after his lawyer successfully pleaded that the Arrecife court was not competent to hear the case.

San Ginés is accused of using his powers to illegally close down a desalination plant owned by Club Lanzarote in Playa Blanca in 2012. His accusers claim that he was doing this to protect Canal Gestión, the private company who took over the island’s public water supplier Inalsa.

Covid infections have remained stable on Lanzarote, with the amount of active cases fluctuating between 50 and 60, as most days show a handful of new cases in single figures and a handful of discharged patients. One patient continues in the Dr Jose Molina Orosa Hospital.

All the Canary Islands except Tenerife now have a 7-day infection rate under 50 cases per 100,000 people, with the figure for the islands as a whole being 35.7. Tenerife stands at 63, which is still good news when you consider that every other region of Spain has a 7-day rate over 100.