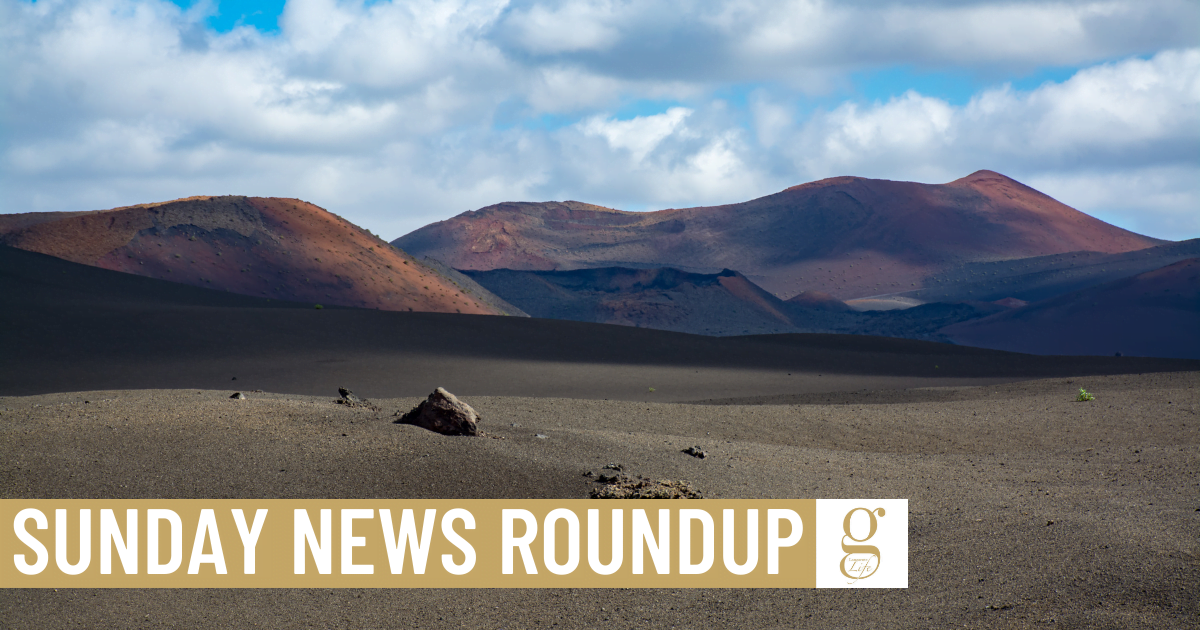 The number of guided tours of the Timanfaya region will increase this August, with new guides currently being trained-up to lead the tours.

Until last year, the only tours available were the excellent tri-weekly walk around Montaña Termesana (to book, call 928 840 839) and a weekly hike along the coastline; but the recent Lanzarote Insólita initiative, which took visitors to new areas of the fire mountains, has proved popular.

It’s not clear whether new routes will be opened, or if the frequency of tours of existing routes will be increased. Nevertheless, if you haven’t taken one of those trips, we can highly recommend it.

Arrecife’s Mayor and President of the PP party on Lanzarote, Astrid Pérez, has blasted the Canarian Government for the “arbitrary, improvised and discriminatory” decision to place Lanzarote on Level 2 from this Monday 26th July.

Pérez demanded “absolute clarity and transparency” after the government once more took a decision that affected Lanzarote without explaining it fully.

The guidelines used by the government require hospital occupancy figures to reach a certain level before that level is announced, but Lanzarote had only two people in hospital this week, and is classed as “minimal risk”.

Pérez also complained about the fact that, when Lanzarote was in Level 4 for six weeks in January and February, all shops and restaurants had to close at 6pm, yet the Canarian Government has now extended this to midnight in Tenerife.

The Coalición Canaria party on Lanzarote has also criticised the decision, asking sarcastically whether the Canarian Government regarded the virus as “less contagious on Tenerife than on Lanzarote” and calling the decision “a mockery.”

Lanzarote was shocked by the death of 23-year-old basketball player Howie Roka, who died on Saturday 17th July of malaria after a short trip to Nigeria.

Howie was a star of the Conejero Basketball Club, based in Valterra, Arrecife ,and a hugely popular character. He was taken to hospital when he fell ill after a day on the beach with friends, but it was only when his sister told doctors about his trip to Africa that malaria was diagnosed.

Friends staged an impromptu caravan of cars in Arrecife two nights after his death,  and others have posted a video on Youtube with a rap dedicated to his memory.

Teguise Ayuntamiento has warned of road closures in Costa Teguise as the stretch of the Avenida de las Palmeras between Calle La Isa (where Vitalclass is) and the Disa garage on Calle Las Piteras, is resurfaced and renovated.

Residents and visitors are advised to take special care on this stretch of road, pay close attention to signs and, if possible, use alternative routes. Such as the one through the seaside village of Las Caletas and past the Telamon shipwreck.

Wind should start easing off by Monday evening but will remain around the 20-30 kph mark for the rest of the week. Temperatures will also drop a little, with night time temperatures around 20 or 21 degrees, while the day will see heat rise to 26 or 27 degrees.

Weather will be cloudier on Tuesday and Wednesday, with a 50/50 chance of rain on Tuesday morning.