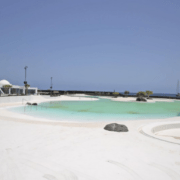 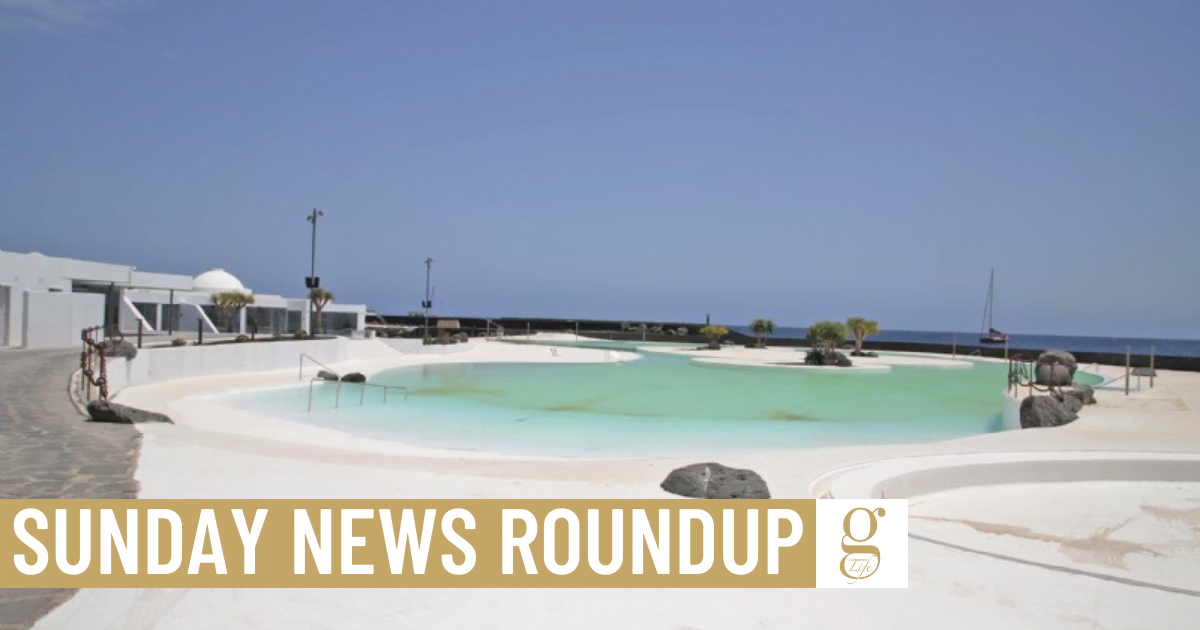 The Islote de Fermina will reopen at the end of July, according to Arrecife Ayuntamiento. The islet lies off the coast just next to the Gran Hotel and has been closed to the public for several years, despite being the site of a spectacular swimming pool complex designed by César Manrique.

Known by locals as the Islote de Amor (Love Island) by locals, because young couples used to go there to seek a bit of privacy, the facilities on the Islote have been renovated, and the complex has already hosted an international canoeing competition.

The fifth wave of Covid appears to have finally arrived on Lanzarote after five days of higher than usual daily totals. The average daily total of cases for the last seven days is 15 and both the 7- and 14-day infection rates for the islands are now in medium risk (level 2) territory. Like everywhere else, this wave is characterised by younger people and little pressure on hospitals

There are few indications of where the rise originates from, but it is hardly surprising given the high figures on the other Canary Islands and Spain. The relaxing of measures at the start of July, when Lanzarote entered level 1, may also have contributed.

If figures continue to rise, Lanzarote faces a possible return to Level 2 later this week, although with just one person on the general Covid ward, there is no pressure on the island’s hospital.

Despite the success of the Ironman two weeks ago, other events continue to be cancelled on Lanzarote as the island seeks to avoid large gatherings. This week the cancellation of the Travesia de Nado del Rio was announced – the third year running in which the swim from Lanzarote to La Graciosa has been cancelled.

British visitors who have been double-vaccinated in the UK will be able to return to the UK without undergoing quarantine from Monday 19th July. As Spain has already said that it will accept proof of vaccination for British visitors as a condition for entry, this opens the way for a return of British tourists to the island.

Nevertheless, British tourists will still have to take a test before their return flight and a PCR test on Day 2 after their return, which will prove expensive for many.   At the moment, British nationals who have been vaccinated in Spain will still have to quarantine if they travel to the UK, although the UK has said that they are “working on” changing this “in a few weeks”.

The Canarian Government has announced that it will appeal the decision of the Canarian Supreme Court, which recently rejected an application to reintroduce curfew measures on islands in Levels 3 and 4. The court said that “limiting freedom of movement to try and prevent botellones (gatherings of youths) is not proportionate.”

The Canarian Government will be the first region to appeal to the Spanish High Court, and if the appeal is rejected, it could affect the ability of other regions such as Catalonia, which are far worse affected than the Canaries, to impose their curfews.

Saturday and Sunday’s intense heat will ease off by Monday, but weather will still be very warm and breezy.  Expect warm nights, with temperatures well into the mid-20s, and even warmer days. Monday night and Tuesday morning could see winds of up to 50 kph, but these will calm down a little by end of the week. Temperatures are set to hit the 30s again next weekend.

Airport updates
Secrets of the bones

Welcome to Arrecife
Scroll to top