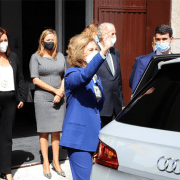 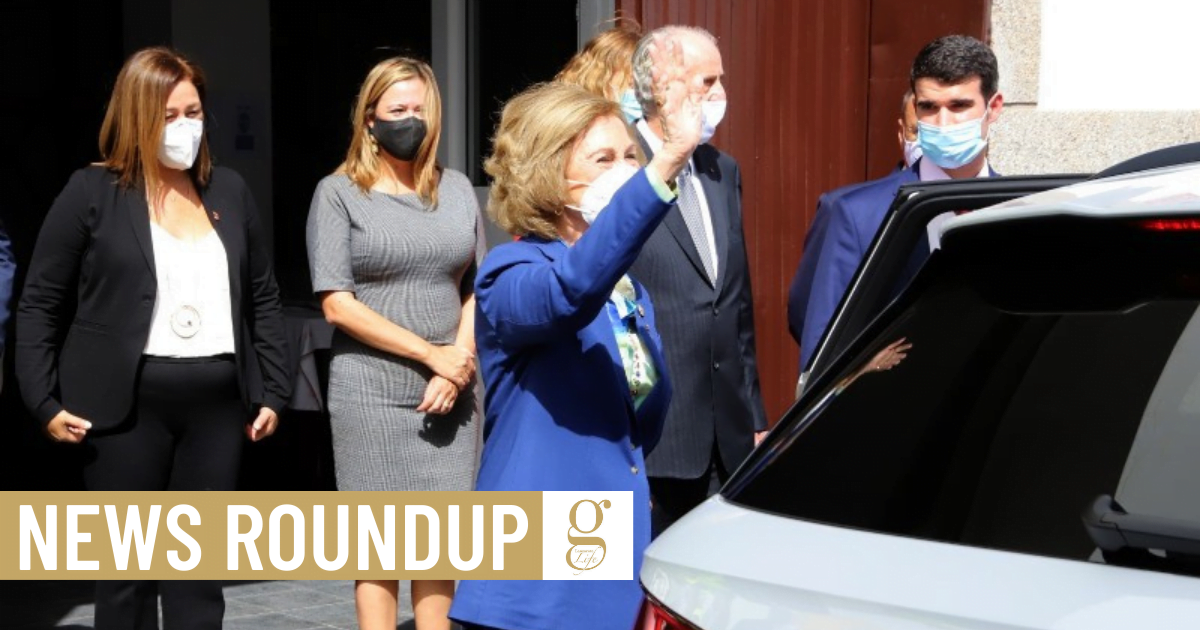 Cases of coronavirus appear to have stabilised on Lanzarote in recent weeks, with the figure of active cases fluctuating from between 50 to 80, depending on new cases and how many are discharged.

Nevertheless, the island is still performing excellently, with a 7-day incidence figure of 21.5 cases per 100,000 people.  The rate for the Canaries is 32.5, as Tenerife slowly seems to be getting a grip on its second wave.

Sofía, the Queen Emeritus of Spain, arrive at Arrecife in the midst of Friday’s calima to pay a flying visit to the capital’s food bank.

Sophia is the mother of King Felipe VI of Spain, and wife of ex-King Juan Carlos I, although it is common knowledge that the couple have lived separate lives for several years.  The Queen was greeted by Lanzarote President María Dolores Corujo and Arrecife Mayor Astrid Pérez.

The Queen Sofía Foundation has just launched “Operation Cold”, a project to extend refrigeration facilities to food banks throughout Spain.

Friday brought a thick but thankfully brief calima to Lanzarote, reminding locals of the heavy dust storm that arrived just before the first lockdown and which has recently been shown by scientists to have kept locals indoors and lowered the incidence of coronavirus on the Canaries.

Next week’s seven-day forecast look unsettled. The week will start with fine weather and some clouds, but AEMET currently predict a greater than 50% chance of rain on Wednesday, Thursday and Friday.

The wind direction is forecast to shift from the usual north /north easterly alisio to a south -westerly on Thursday and Friday, and south-westerlies often bring the rain.

The Cabildo has asked residents, businesses and authorities in Playa Blanca, Arrieta, Punta Mujeres and other coastal villages to reduce light pollution during the season when shearwaters make their maiden flights.

After being fattened by their parents, the young shearwaters are left alone before making their maiden flights at this time of year. Ads they normally navigate by the moon, they can be distracted by bright lights and often end up crash-landing, where they are easy prey for dogs and cats. Animal welfare experts point out that the birds often hide under cars, and have asked locals to take a couple of seconds to check beneath their vehicles before setting out.

The astonishing migration of the shearwaters, which their way half way around the world from Lanzarote and back each year, has recently been shown to be entirely down to their keen sense of smell.

The Calima returns
English lockdown deals another blow to tourism