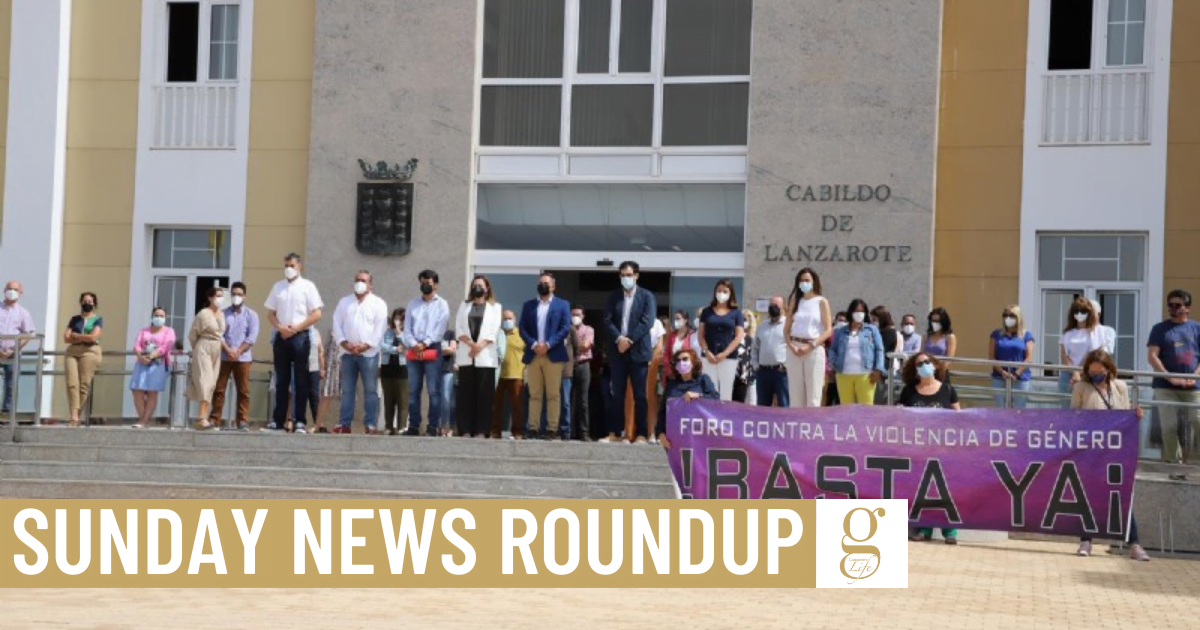 “Words do not exist”

Vigils and demonstrations occurred throughout the Canaries after news of the discovery of the body of six-year-old Olivia, who is presumed to have been murdered along with her one-year-old sister Anna, by their father, Tomás Gimeno, in an attempt to cause maximum pain to the mother of the girls, Beatriz Zimmermann.

Olivia’s body was discovered by a robot, tied to an anchor in a sports bag at a depth of around 1,000 metres off the coast of Tenerife.  Another bag, which was open and empty, is presumed to have contained the body of Olivia’s sister Anna. There has been no trace of Gimeno since the night of 27th April, when it is believed he committed the murders and disposed of the bodies.

On Lanzarote, institutions cancelled events and held silent vigils on Friday. Cabildo President María Dolores Corujo said “The news is absolutely heart-wrenching and words do not exist that can console Beatriz and her family.” Corujo denounced “a terrible misogynist crime” and called for an end to acts of vicarious violence.

Lanzarote’s Covid rates remain stable, with 120 cases currently active on the island. The total of active cases fell below 100 earlier this week, but later crept up again as new cases outnumbered recoveries. Nevertheless, the island continues to have infection rates in the medium risk (Level “) category and, most importantly, its hospital occupation levels are classified as “minimum risk.”

As usual, Arrecife has shown the highest amount of new cases, although Yaiza has also seen 16 cases in the last week – a figure that has raised its 7-day rate into high risk territory.

Four workers were injured when the roof of the new Civic Centre, which is being constructed opposite the Colegio Arenas Internacional in Costa Teguise, collapsed on Wednesday.

Initial reports stated that the roof collapsed due to high winds, but these were later contradicted by the Cabildo, who stated that the concrete poured onto the roof had been too heavy and caused the collapse.

Two of the workers, who were employed by Hormiconsa, were lightly injured. The other two suffered more serious injuries and all were taken to the Hospital Doctor José Molina Orosa in Arrecife.

The body of a missing Italian was recovered from the Camino de las Rositas, the path leading from Ye down to the Playa del Risco early on Saturday morning.

The body had to be extracted with a helicopter, given the difficulty of accessing the area. It was later identified as Alessandro Magagnini, a 53-year-old Italian citizen who had been reported as missing on the island on 9th June, after he had failed to contact his family.

Last week was confusing weather-wise, with strong breezes, clammy heat and a light calima , but Saturday was glorious and it seems the fine weather will continue for the first part of the week, at least, with no prospect of rain, a little cloud and winds ranging from 10 to 35 kmh. Temperatures will be in the mid-20s throughout the week, although the forecast is that clouds will return on Wednesday, with a more than 50% chance of rainfall towards the end of the week.