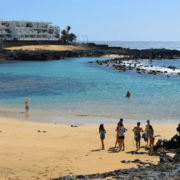 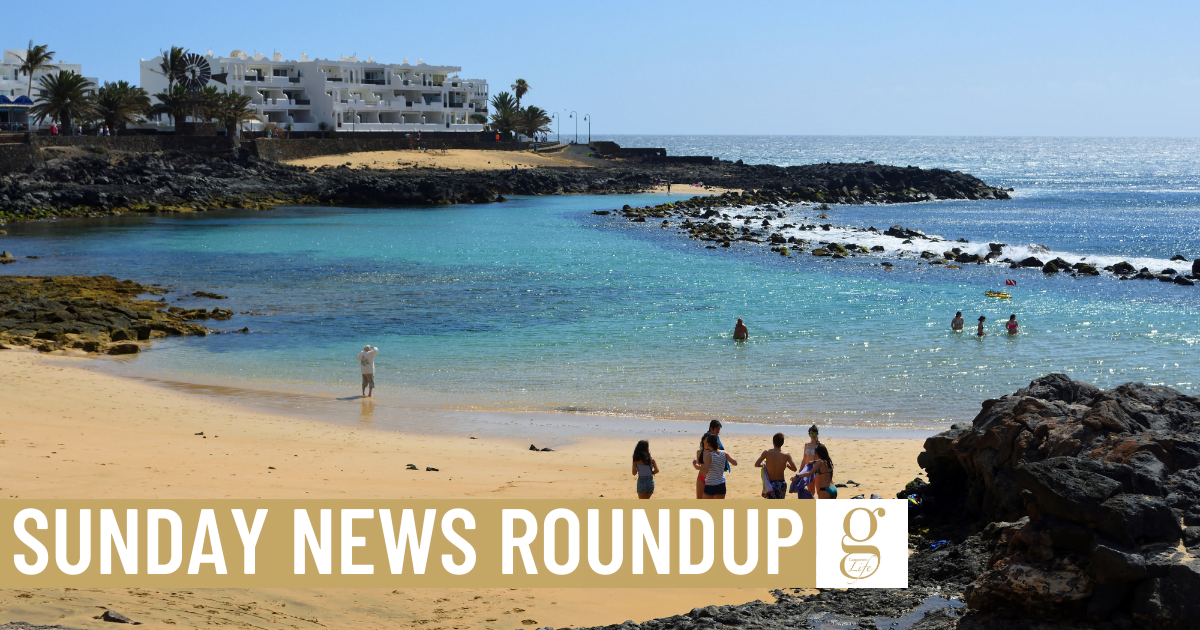 Costa Teguise’s El Jablillo beach has lost its Blue Flag in this year’s round of the prestigious awards.  Blue Flag beaches must fulfil strict requirements of water purity, disabled access, lifesaving facilities and public conveniences, which Jablillo passed last year but failed to repeat this year. Reasons for the loss of the flag have not been provided, but the conveniences on the beach have been closed for some time.

Strong winds blasted Lanzarote on Friday and Saturday morning, causing plenty of damage but no casualties.  The winds reached a speed of 93 kph – almost as fast as Yuri Tielemann’s FA Cup.-winning goal for the mighty Leicester City – and left a trail of damage ranging from fallen road signs and tree branches  to damaged roofs.

The wind also had a deterrent effect on islanders who headed out for the first weekend without a curfew in several months. The Charco de San Gines, which usually sees big crowds, was quieter than usual, and a heavy police presence also kept an eye on proceedings.

A motorcyclist was sentenced to two years prison after speeding at 235 kph on the LZ20 road in San Bartolomé on the 17th March. The motorcyclist, who had exceeded the speed limit by 135 kph, was also banned from driving any vehicles for a period of four years.

Zara closes its doors in Arrecife

The Zara store on Arrecife’s Calle Real has closed, leaving a large gap in the shopping opportunities offered by the capital’s main street.

Zara plans to re-open its doors in the new shopping centre that is currently being built on the old site of the Garavillas fish-processing factory, behind the HIper Dino and Mercadona in Valterra. However, this is still a few months away from opening, until which the only Zara shop on the island is the one at the Biosfera in Puerto del Carmen.

The strong winds of the early weekend may have abated, but it’ll still be pretty breezy for most of the week, with winds of over 30 kph predicted for most of the week.   There’ll be more classic Lanzarote fine weather, with plenty of sunshine and a few clouds, and the clouds are predicted to clear completely by Thursday, setting the stage for a hot weekend with temperatures in the low to mid 20s.

Palms at risk
Scroll to top