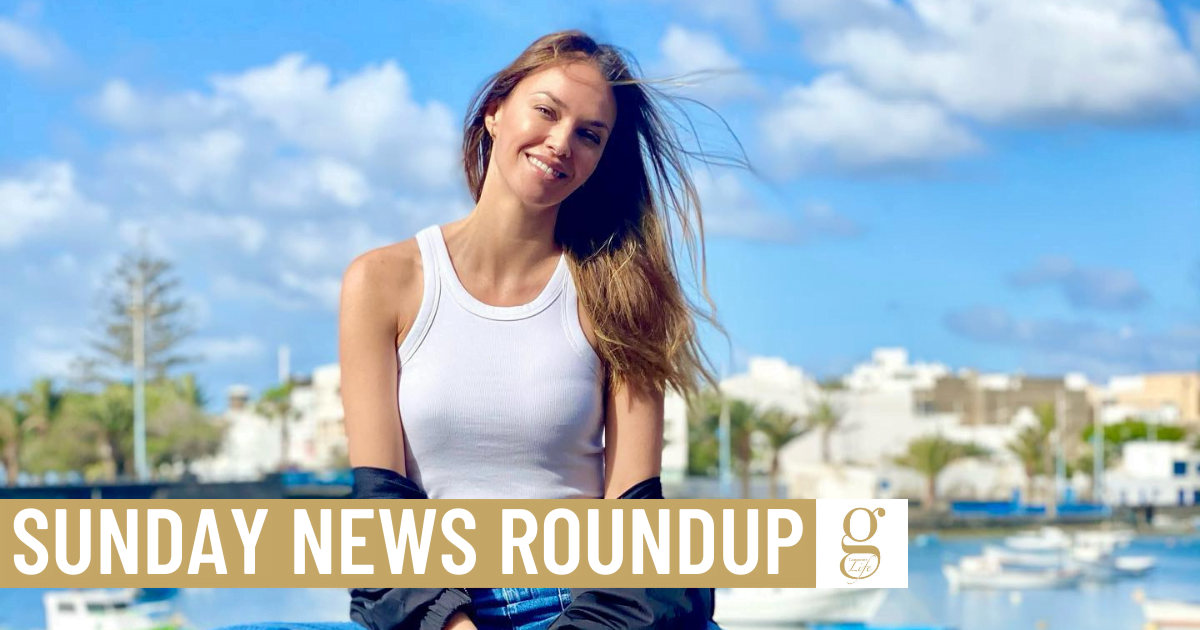 Lanzarote model and influencer Helen Lindes returned to her home island of Lanzarote recently to enjoy a few days with family. Helen posted photos of her visit to social media and described how she had to queue for one of the famous fish sandwiches served at the Casa Ginory on Arrecife’s Charco de San Gines.

The search continues for six-year-old Anna and one-year-old Olivia, who disappeared in Tenerife over a week ago along with their father, Tomás Gimeno.

On 27th April, Gimeno called the girls’ mother, Beatriz Zimmerman, and told her she’d never see her daughters again. Later, he was seen loading equipment into a boat at Santa Cruz de Tenerife. This boat was later found drifting out at sea, with no one on board. Police suspect that Gimeno may have taken the girls to another country, using contacts he’d made form his position in the banana industry.

10 % of Canarian schoolchildren have said they learnt to swim after being “given a push”, according to a survey by the anti-drowning campaign, Canaries – 1500 Kms of Coast.

The children, mostly male, said they had learnt to swim between the ages of 6 and 12, often by being pushed in. This, several of them claim, has caused fear of water and the sea.

Sebastian Quintana, of the campaign, said that “teaching a child to swim by pushing them in by surprise is genuine cruelty, and can have lifelong psychological consequences.”

Yaiza has granted a licence for the construction of the Casa del Sal (House of Salt), a visitor’s centre at the Salinas de Janubio.

The project, by promoter Carlos Padrón, will have three semi-underground modules: an exhibition centre, a welcoming zone and a shop, and a restaurant. Construction is likely to commence at the end of summer.

It’s going to be another glorious week of sun and fresh breezes, according to Spain’s met agency, AEMET. Plenty of sun, scudding clouds and very low possibility of the odd shower. Night-time temperatures could fall to 16 degrees, and daytime temperatures will be around 22, but there’s a good chance of fresh northern breezes, especially towards the end of the week.

UV levels will be high, so don’t be fooled by that cool wind, and cover up!