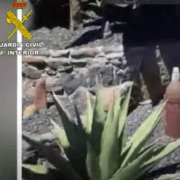 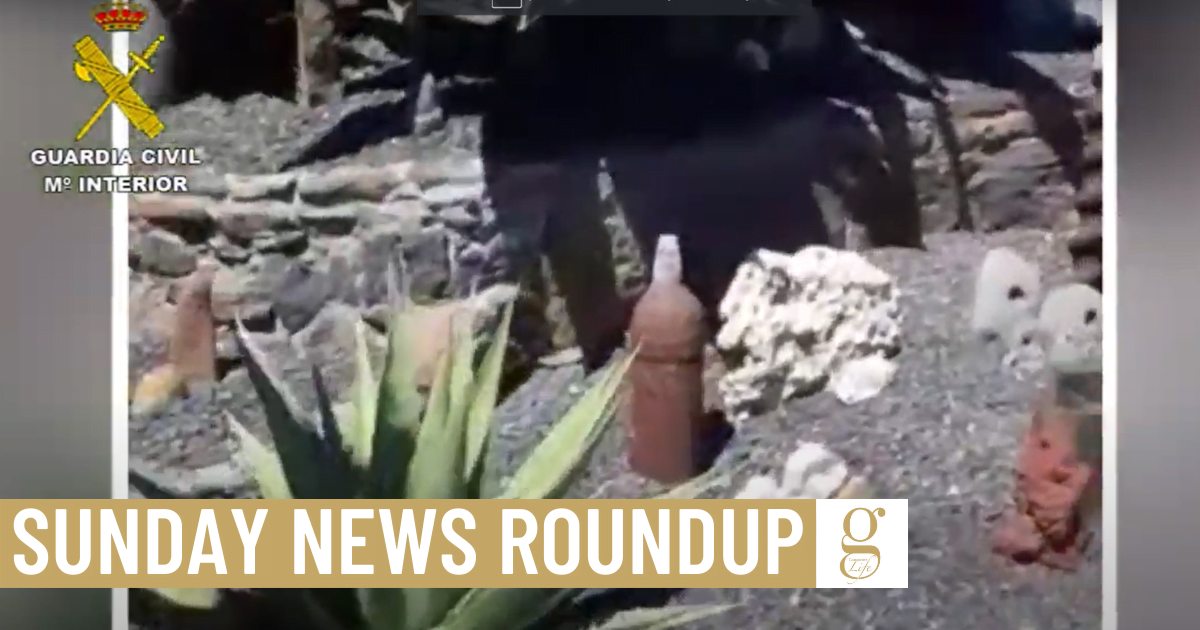 Bomb in the garden

The Guardia Civil have destroyed an object, believed to be an explosive device, which had been used to decorate the “Secret Garden” near Playa Quemada.

The garden, located at the foot of Barranco de la Casita, is a popular destination with walkers – a charming little place full of plants and decorations. However, when a man described as an explosives expert identified one of the ornaments as a potential munition the Guardia Civil arrived and, as it was considered too risky to transport it back over rough terrain in a 4X4, the artefact was destroyed in a controlled explosion nearby.

Just over a week after thieves used the scaffolding on Teguise’s Castillo de Santa Barbará to enter the building and steal computers and exhibits, another castle has been burgled.

This time it was the Castillo de Dan Gabriel, the fortress in the bay in front of Arrecife. Thieves entered the castle by way of a skylight and destroyed a cash machine and a merchandising device. Arrecife Ayuntamiento is currently investigating if anything else was taken.

More of the same

The weather outlook for the week ahead is, largely, more of the same stuff we’ve had over the past week: warm with lots of sun but also plenty of high cloud and fresh northern breezes up to 20 kph. Temperatures will range from 15ºC to 23ºC, and things will cloud over by Friday, when there is also a fairly high chance of rain.

The impact of the pandemic on Lanzarote’s business fabric has been revealed in a report by the Canarian Institute of Statistics which shows that 459 businesses closed on the island in 2020. All municipalities were affected apart from Tinajo, which did not see any significant fall. However, the collapse of tourism took a brutal toll in Yaiza, Arrecife, Teguise and Tias.

This fall accounts for 2.3% of the island’s businesses, and Lanzarote is by far the worst-affected of the Canary Islands. El Hierro, the next-worst-affected island, saw a fall of just 1.7%, and the average fall in businesses throughout the Canaries was 0.9%.

The Arrecife Wind Park, located north of the capital, was put into operation last week: the four turbines measure 120 metres from base to the tip of the highest blade, and will have the capacity to produce 27,150 megawatt hours each year.

The park is the twin of the Teguise wind park, at a short distance away, and another four-turbine park is scheduled to be constructed at San Bartolomé.

Passing the test
Covid passports “by end of June”

Lanzarote stay up
Scroll to top