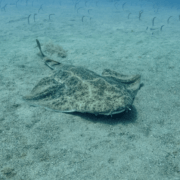 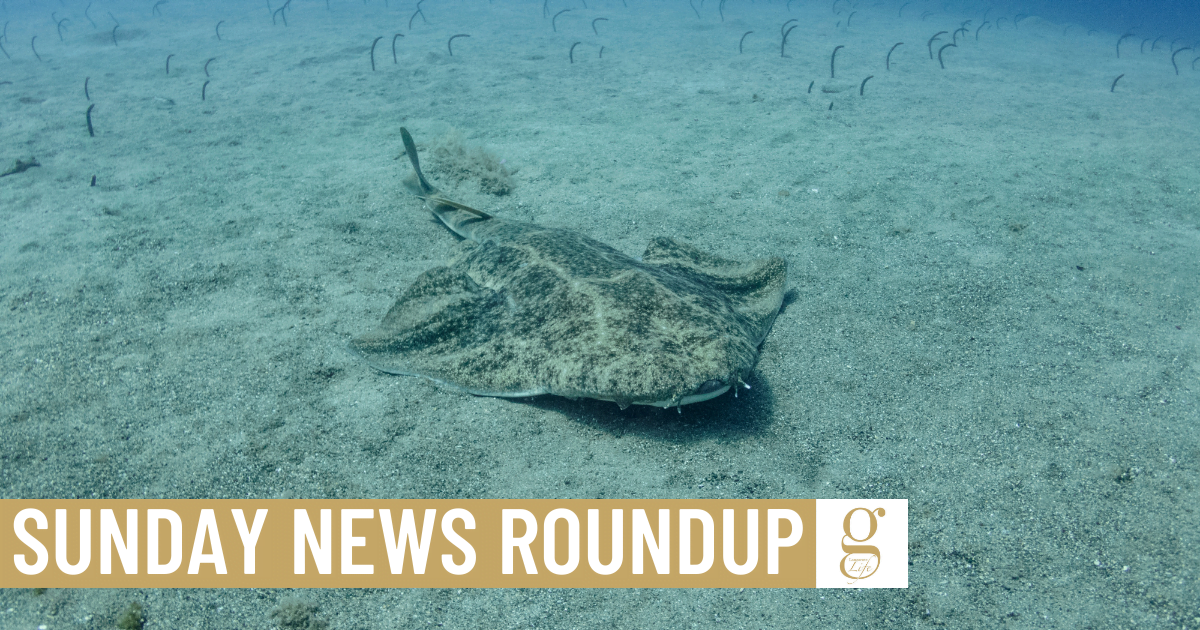 An illegal gill nets and wire creels discovered off the coast of Puerto del Carmen have been destroyed by the authorities. The gill net – a fishing method that is completely forbidden in the Canaries – was discovered by local divers, who reported that it had ensnared six Angel sharks. The club managed to free two of these protected fish, but the others were already dead.
The divers also reported a nasa (large mesh creel) , and three more of these nets containing various lobsters, spider carbs and edible crabs were destroyed by the Guardia Civil last week.

The Ayuntamiento of San Bartolomé has expressed its condolences on the death of María Dolores Luzardo Hernández, the baker who founded the chain of shops named Lolita.

Described as a “a model businesswoman, who converted her passion for baking into a family business”, Lolita started her business in 1975, delivering bread and pastries from door-to-door. In the 90s she opened the two shops on the seafront of Arrecife, and later branched out to Deiland, Playa Honda’s main street, her native town of San Bartolomé and Puerto del Carmen.

Yaiza says “No” to fish farms

Yaiza council has joined the chorus of opposition to the proposed fish farming zone off the coast of Puerto del Carmen and Playa Honda.

Although the project does not affect Yaiza, the council has long opposed the existing fish farms off its own coast at Playa Quemada and claims there are “clear indications” that they are polluting.

Yaiza’s Fishing Guild has also opposed the fish farming plan, saying that “the few jobs it creates do not make up for the destruction of hundreds f jobs in the fishing industry and the associated environmental damage.

The Canaries and other regions await clarification that they will be allowed to continue to apply their own mask laws, after the disastrous “new normality” law rolled out by the Spanish government last week caused international ridicule.

The new law insisted that all people wear masks at all times outdoors in public, including when sunbathing or hiking alone in the countryside.  However, the immediate outcry caused Health Minister Carolina Darias to say parts of the Law had become “obsolete”.

The Canaries has announced its intention to continue applying its own law, but this week regional leaders will meet to discuss how this could be legally possible withing the parameters of the law.

Yaiza Police have been criticised for ordering around a hundred vans and camper vans away from the camping zone at Papagayo beach at 11 pm on Thursday night.

Camping in mobile vehicles is a popular holiday tradition on Lanzarote, and campers claim they were not warned that their presence was illegal during the daytime. However, when the 10 pm curfew had passed, police agents ordered all the vehicles to leave the site.

The return of Lanzarote’s prevailing alisio wind will guarantee fine, fresh weather for the week to come, with little chance of rain and no return of those depressing calimas.

There’ll be sunshine and clouds for the first two days of the week, with an outside chance of some rain, but the rest of the week will see scudding white clouds, sunshine, breezes ranging around 20 kph and pleasant temperatures in the high teens to early 20s. It’s perfect spring weather on Lanzarote, so enjoy!